To celebrate the DVD release of Tim Burton’s surreal Miss Peregrine’s Home for Peculiar Children on Monday 6th of February 2017, The Last Tuesday Society in East London have developed a special cocktail menu based on some of the ‘peculiar’ characters of the film. A group of bloggers were invited to sample some these these creative concoctions.

For those who have seen the movie, it is not a complete surprise that The Last Tuesday Society is the chosen venue here. Situated on Mare Street, this bar is indeed unique and a hidden gem. 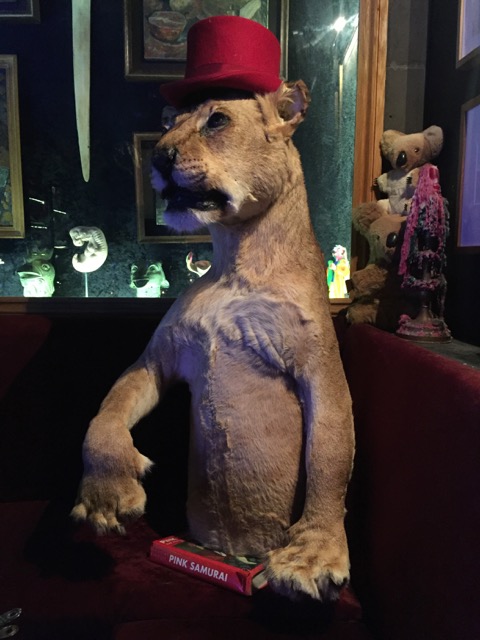 On the ground floor is a quirky bar but the basement is a curiosity shop turned museum where you can find some of the most eccentric, bizarre and sometimes macabre and freaky knickknacks.

Its founder, Viktor Wynd, has travelled far and wide to create a collection that is indeed ‘peculiar’- be it masks , figurines, erotica, art, skulls, occult or taxidermy.

You have to spend a few hours here to really appreciate each and every item of his collection. It is outlandish but enthralling – almost in keeping with the theme of the movie of discovering a secret, hidden world.

Upon arrival, we were welcomed with one of the cocktails from the special menu – ‘The Miss Peregrine‘. This cocktail was as blue as the feathers of Miss Peregrine’s avian alter-ego, comprising of Ocho Blanco tequila, quiquiriqui matalan mezcal, briottet blue curacao, beso organic agave and lime. It was beautifully served in a goblet with a black salt and chilli rim and garnished with a royal blue bird’s feather garnish. It was as marvellous and mysterious as the lady herself.

We then proceeded to a special one-off cocktail masterclass with TLTS’s resident bartender Kay Huxley who showed us how to recreate some of these special cocktails. This was also an opportunity to get a hands-on experience and insight into the unique ingredients and garnishes that characterised each drink.

I was tasked with creating ‘The Hugh‘ which was based on the character of the same name who had bees in his stomach. True to form, this is a recreation of the real bees knees – the great prohibition-era cocktail. It contained Bathtub Gin, Yellow Chartreuse, honey, lemon and demerara, served up with pretty edible flowers. It was fresh, sweet and citrusy.

My fellow bloggers tried their hand at creating the ‘Emma Bloom‘. Based on the her levitating character, this cocktail is a twist on the classic Aviation. 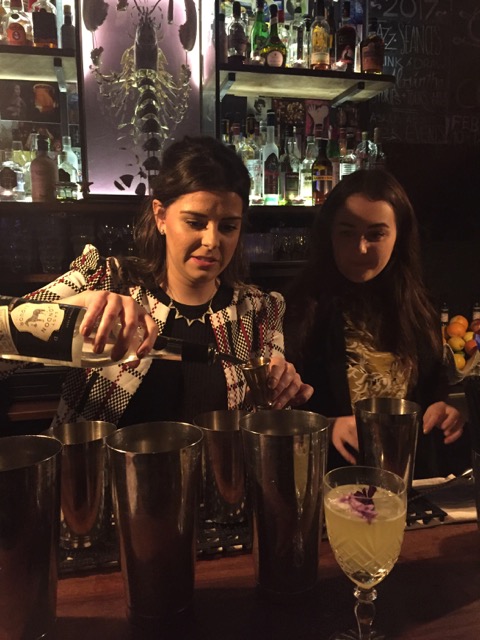 It is comprised of Bathtub Gin, Luxado Maraschino, Briottet Créme de Violette and lemon topped with a soft frothy cloud of egg whites and a maraschino cherry. It was a really smooth drink with a light, airy feel and a subtle citrus finish! 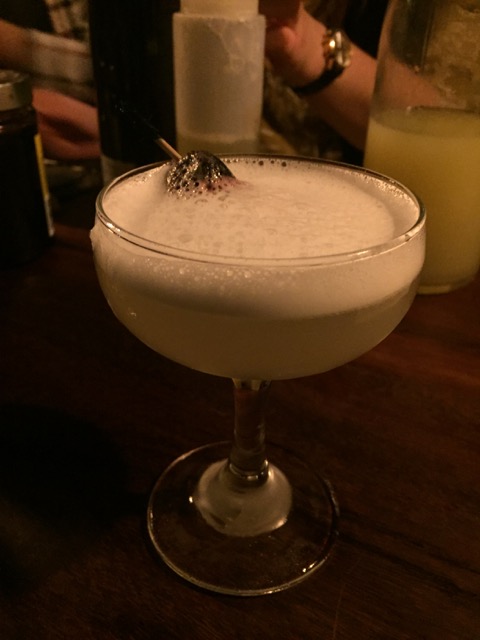 Kay then showed us how to create ‘The Olive‘ based on the fiery character from the movie. He didn’t trust us to make it, just in case we set the whole place on fire! To be honest, none of us could have mastered the skills with which he demonstrated preparing this cocktail. It is made of Goslings Black Seal Rum, Merlet Triple Sec and Salted Caramel. 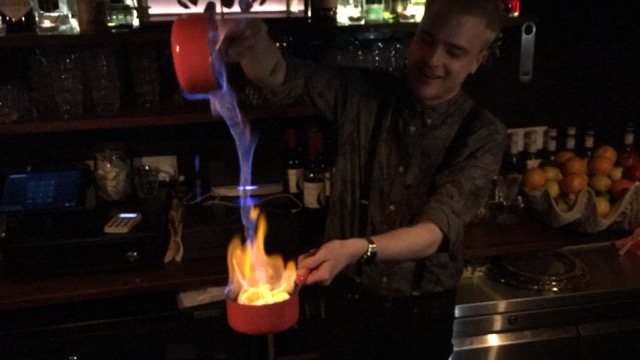 Served in a teacup, it looked innocent but was lethal, guaranteed to set you afire with a touch – just like Olive in the movie.  The sweetness of the salted caramel and the rum was balanced perfectly against the Triple Sec, and there was a velvet texture to the cocktail that made it easily – and no doubt deceptively – drinkable.

Whilst we were sampling these cocktails, Kay and Rhys (who is the Director of TLTS) knocked up a pair of shooters, aptly titled The Twins. Served in mini flutes, they contained Vodka, Kahlua, Briottet Créme de Cacao and double cream!

The rest of the evening was spent exploring the Museum of Curiosities and understanding a bit more about Viktor and his fantastic collectibles. 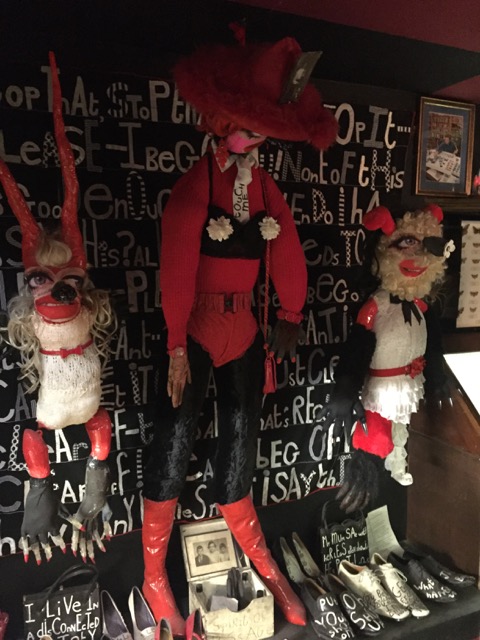 After seeing , ‘Miss Peregrine’s Home for Peculiar Children’ and knowing about each and every character in the movie, I really believe that The Last Tuesday Society have done a splendid job researching their personality traits and reinventing them in cocktail form.

This special cocktail menu is available all of February 2017, so I highly recommend getting your ‘peculiar’ hats on and start unravelling this mysterious speakeasy bar.

N.B. I was a guest of The Last Tuesday Society and Organic Marketing, but all views and opinions expressed in this blog are my own. The Cocktail Masterclass was a one-off event.