I was recently invited to sample the Afternoon Tea at Butterscotch Tea Room, London. Situated near St. Christopher’s Place, it occupies a cozy little narrow shop towards the end of James Street. 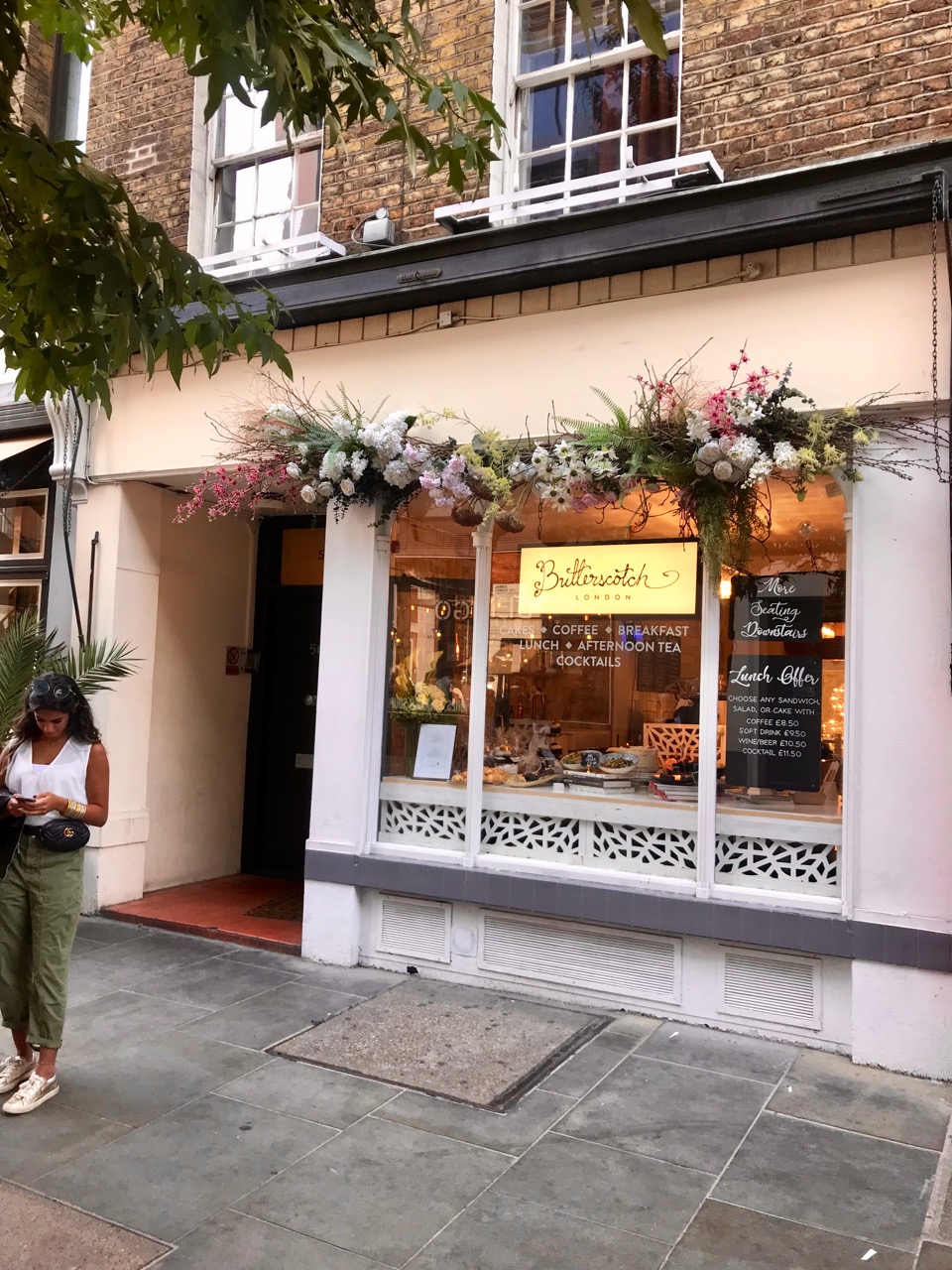 In terms of interiors, this place exudes feminine cuteness from every pore of the room. The ground floor has an impressive display of cakes next to the full height windows to entice people in and give a little sneak peek of what’s on offer. Once inside, the ground floor has a cafe-bar for takeaway coffees and cakes, as well as some singular and couple seating. 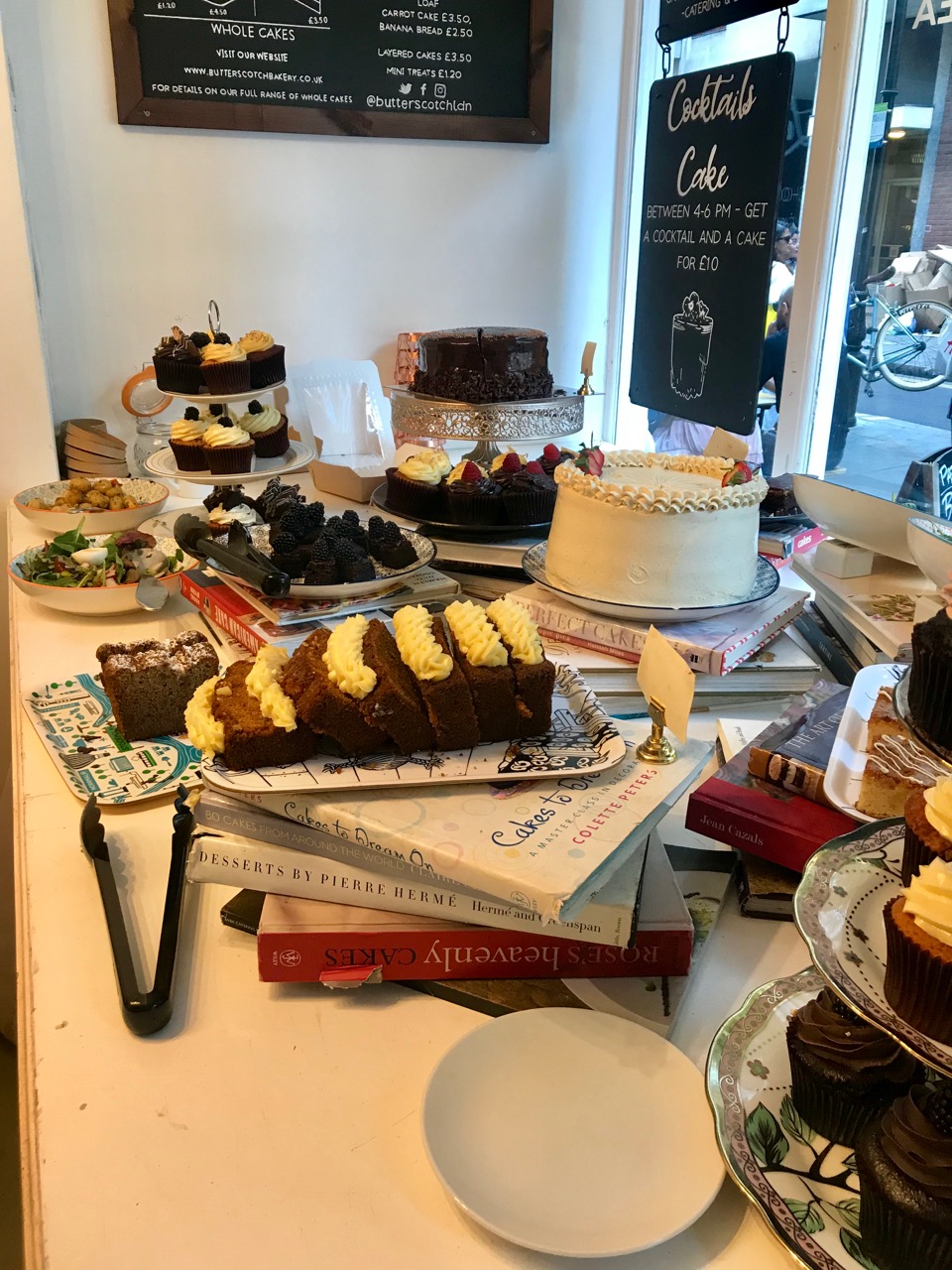 But the real magic happens as you explore further inside. You can’t help but gush at the handmade paper-flower wall feature that cascades as you make your way downstairs. White marble tables (with metallic accents) and mini hanging terrariums add a touch of luxury and contrast to the mostly white-walled backdrop. This place is a total insta-paradise. 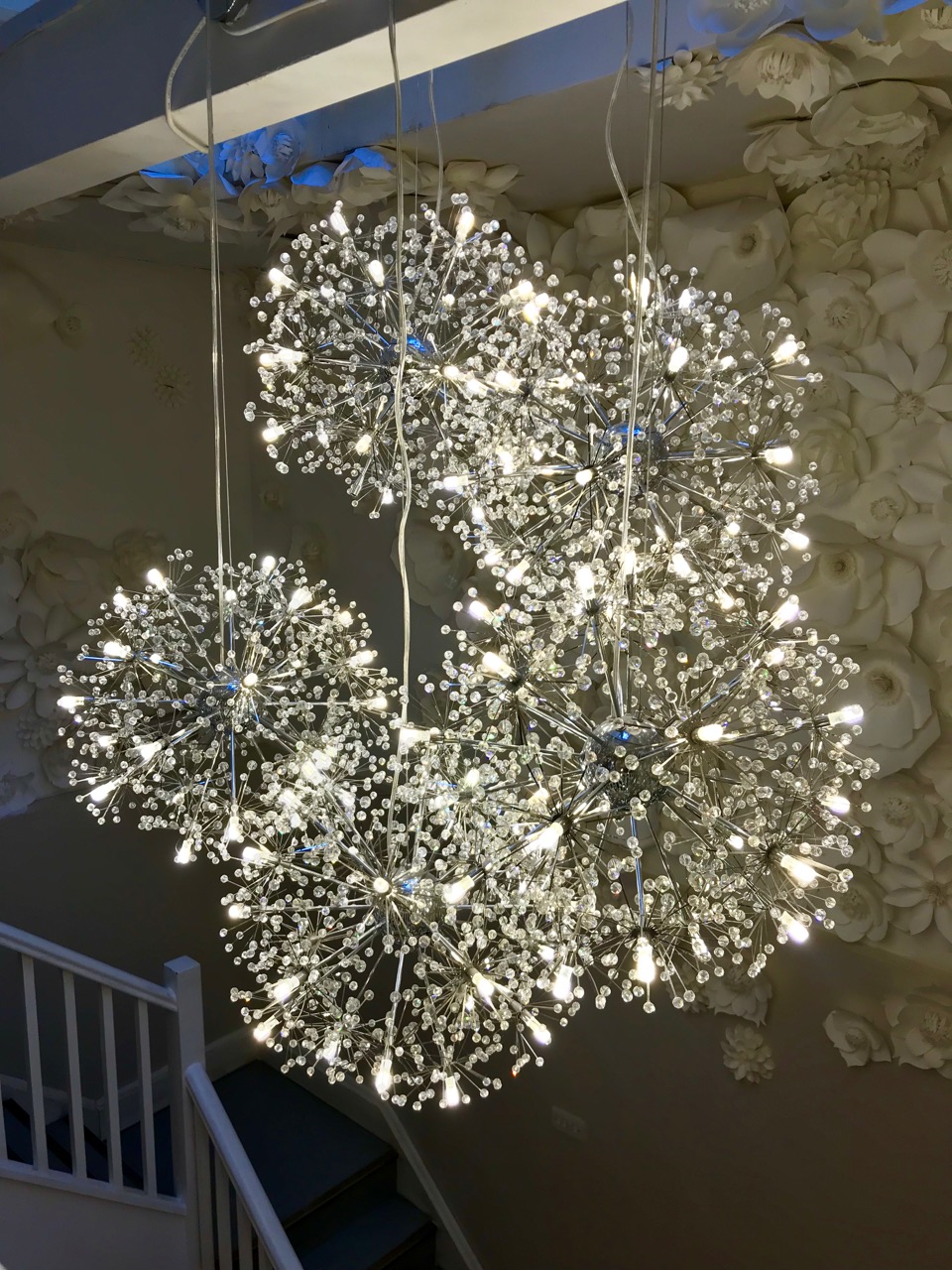 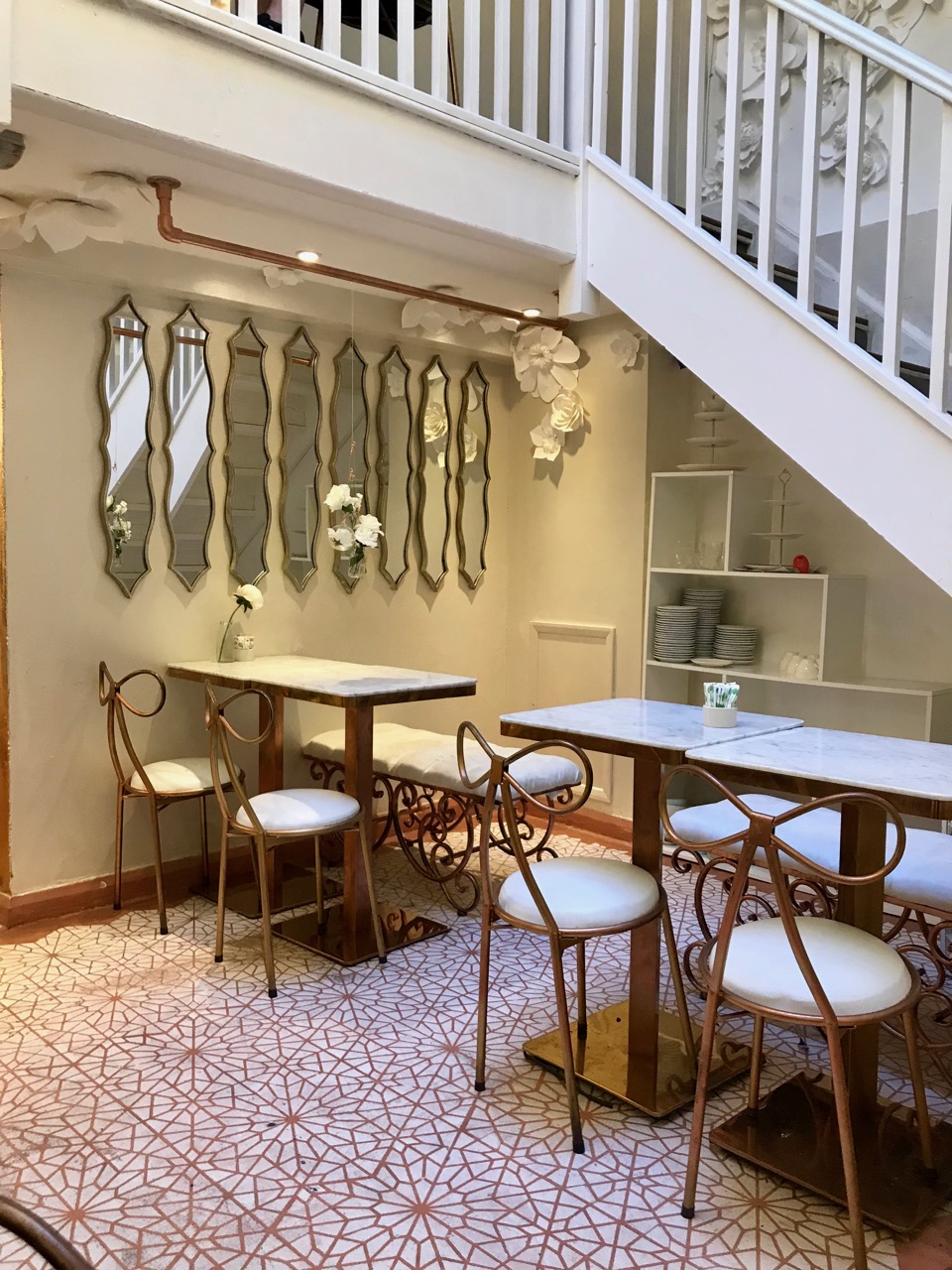 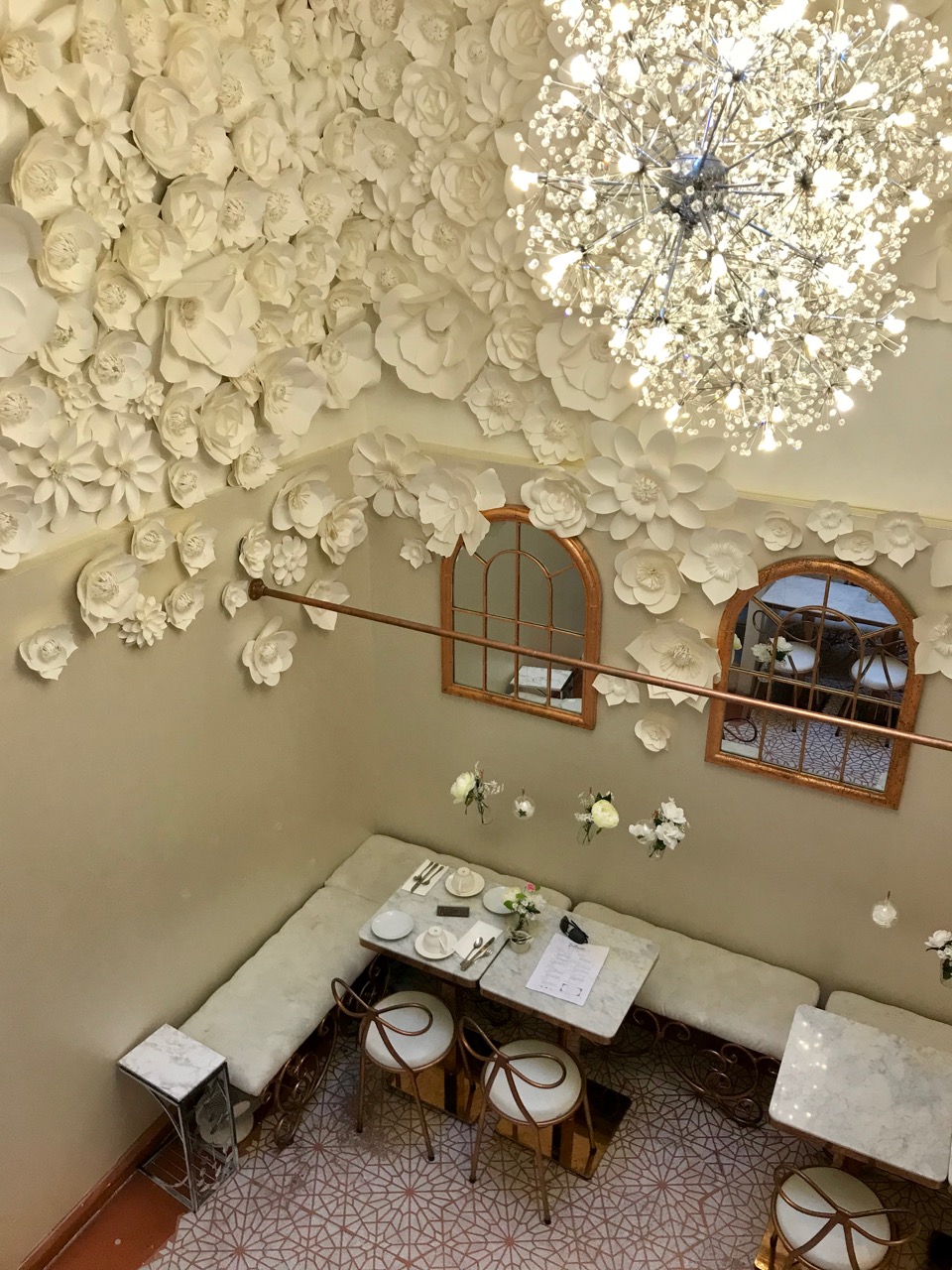 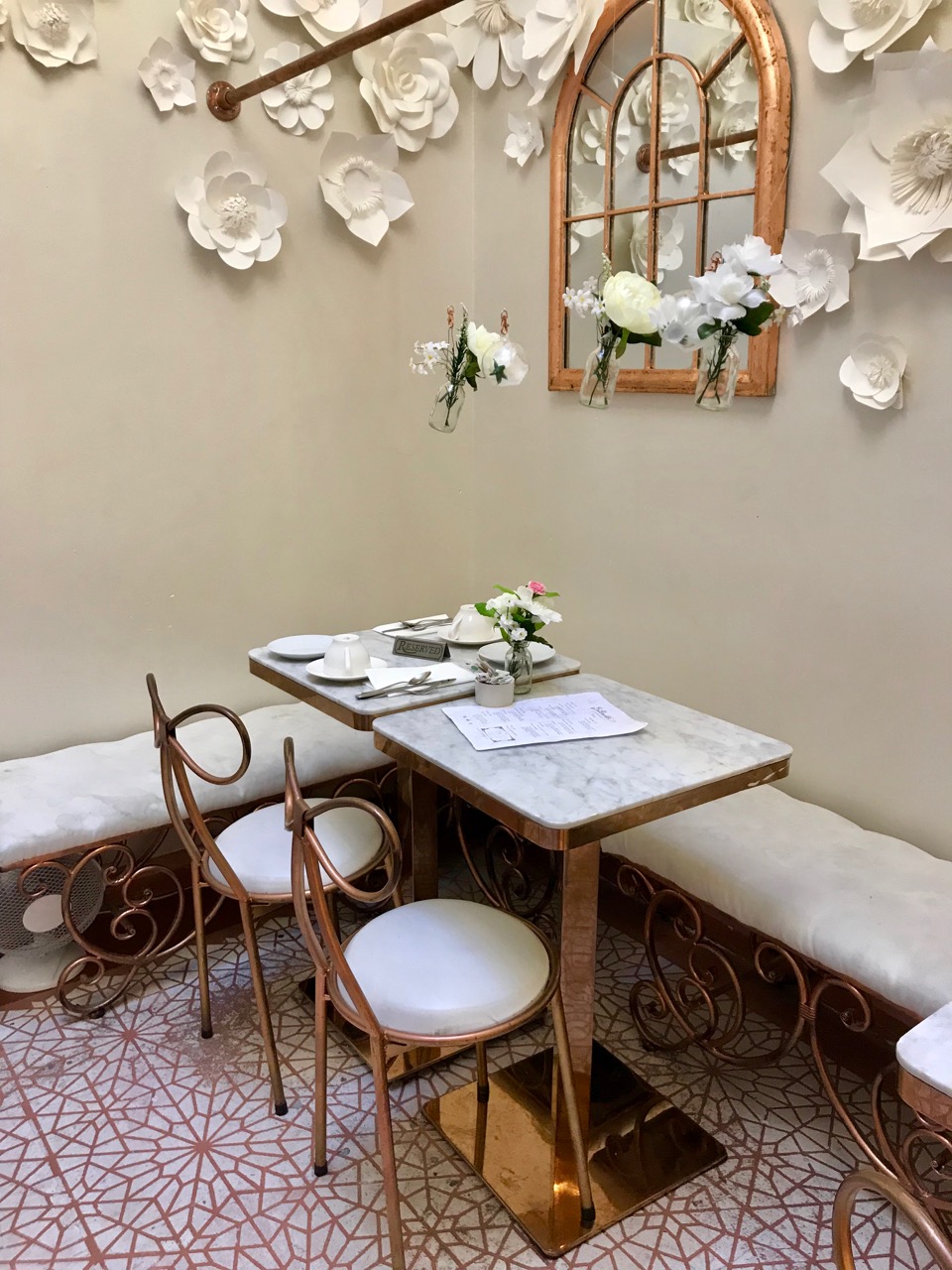 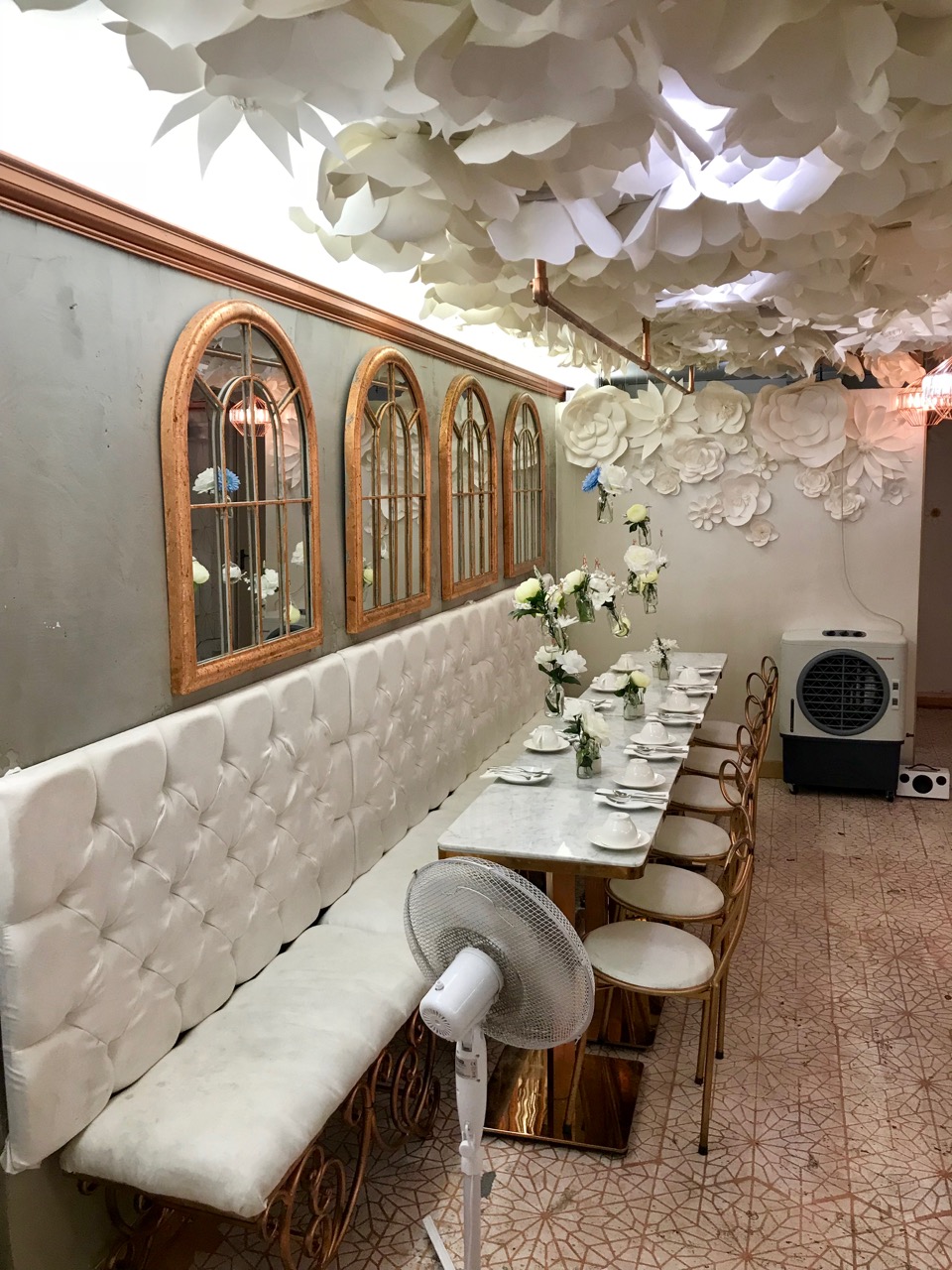 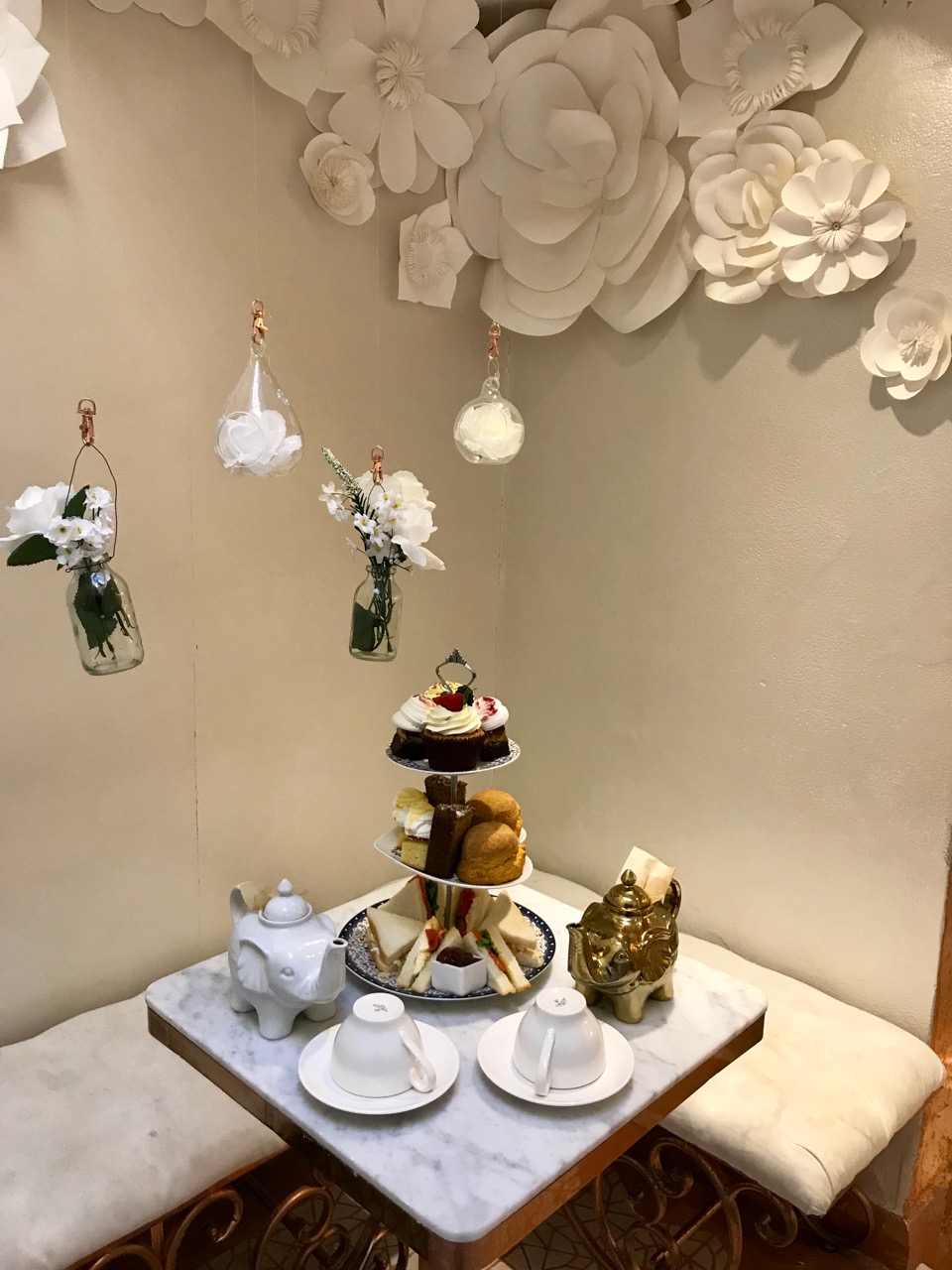 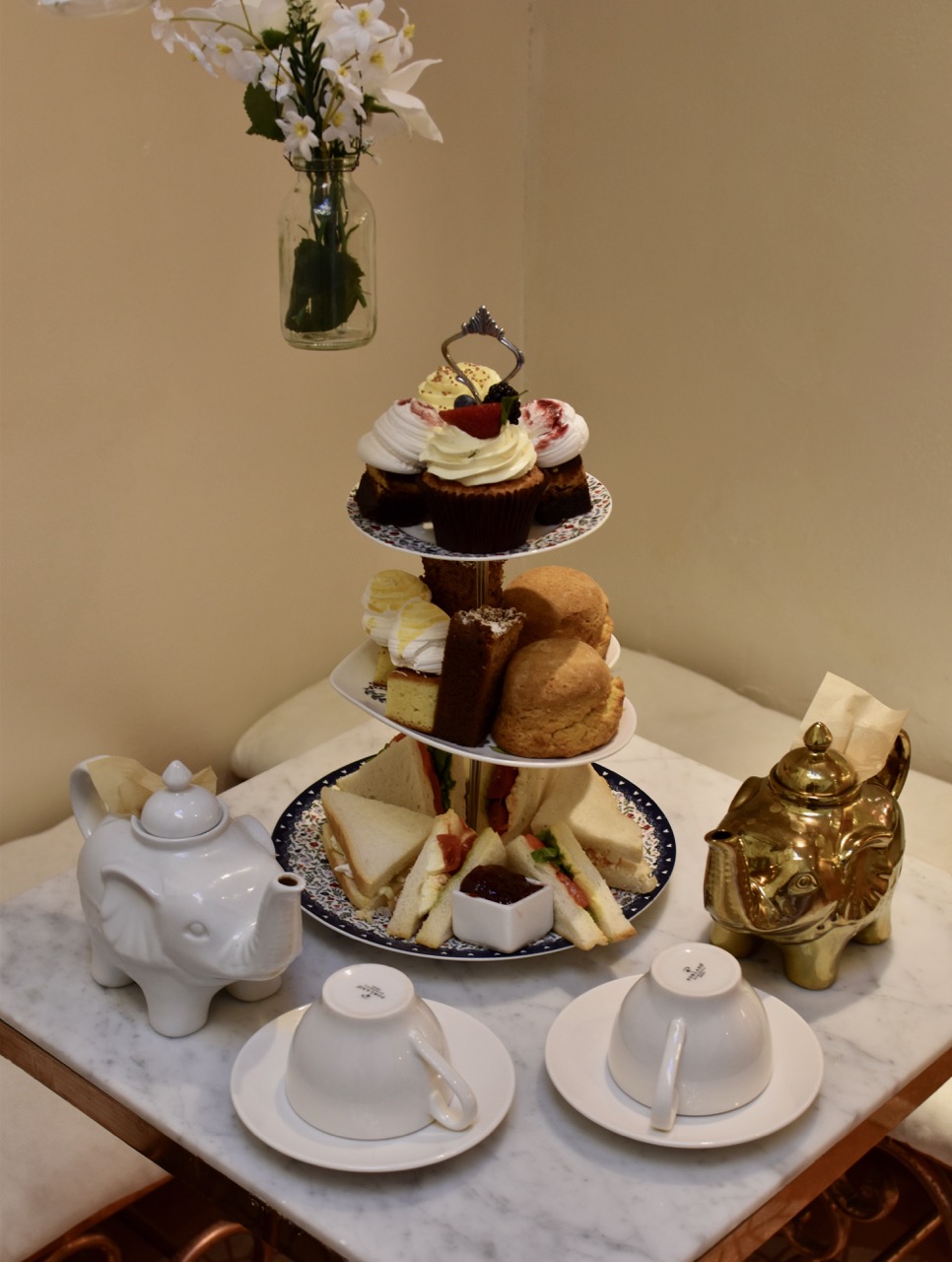 The bottom-most section was the savoury selection, which had three types of sandwiches:

The scones were insanely buttery and crumbled softly. The rest of the cakes and bakes were all uniformly excellent and delightful. The brownie was not overly sweet but rather spongy and melt-in-the-mouth. The meringues were well-executed and had a subtle flavour of fruit to them; as a mouthful, it was a perfectly-sized, pleasing indulgence. The banana bread was good too!

The topmost layer had Strawberries and Cream and Red Velvet Cupcakes, Chocolate and Peanut Butter Brownies with Raspberry Meringue. The Red Velvet cupcake was soft and fudgy and excellently baked. The buttercream dominated over the muffin but in a good way. There was a subtle berry flavour to it.  The Strawberries and Cream cupcake was lighter than its counterpart. The baking was excellent again and the cakiness balanced the richness of the cream. 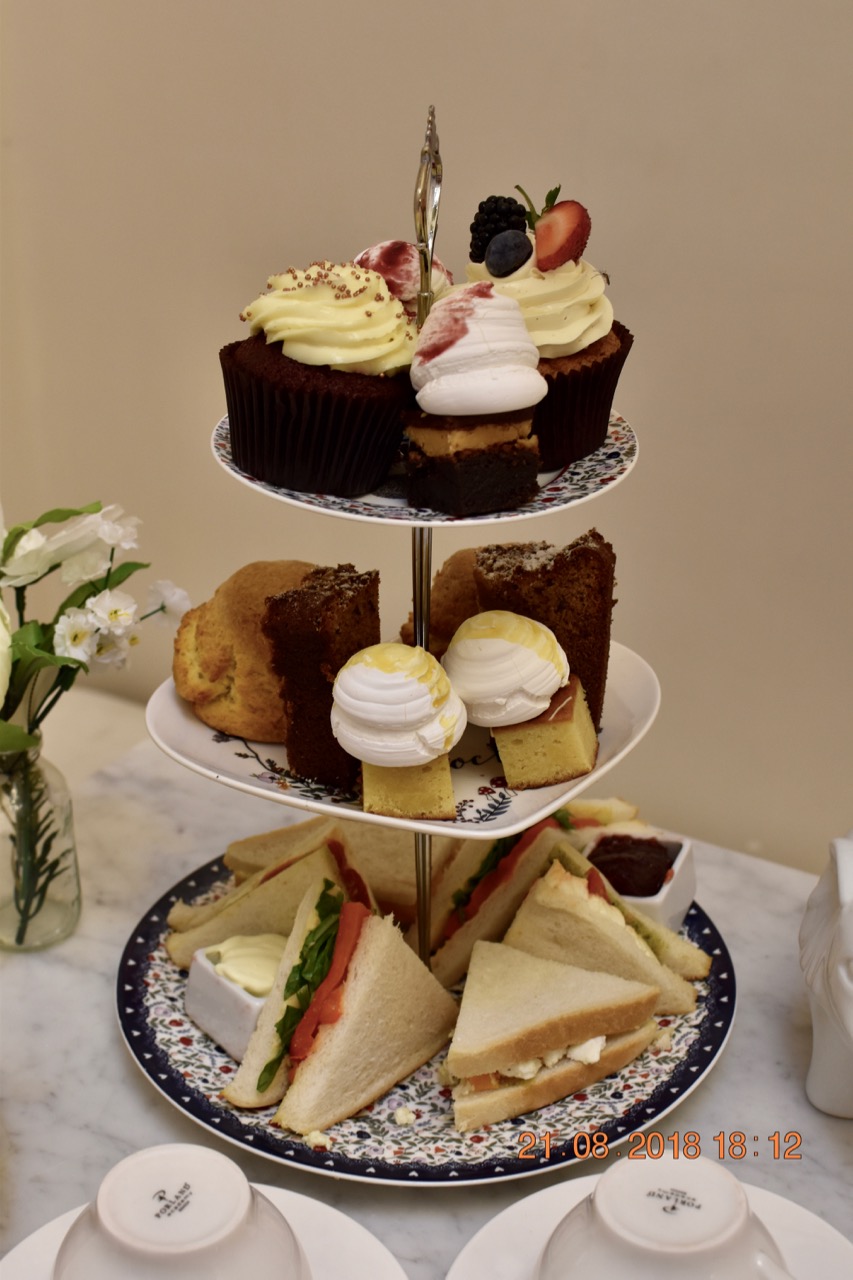 The evening did come with a few faults. The sandwich selection seemed a bit slapdash and thrown together; they were contained in fairly run-of-the-mill white bread. The butternut squash was a bit hard and the vegetables were roughly chopped, falling apart when we picked the sandwiches up. The savoury section was definitely their weakest course, lacking the style and finesse one associates with Afternoon Tea.

In spite of the staff putting on fans, it was still very hot and stuffy downstairs; this place is begging for an aircon.  Some of the upholstery on the bench seats had some hard-to-miss dirt and tea marks. The toilets were a bit scruffy; there were minimal additional toilet rolls and hand towels. The following day, I brought all of this to the attention of the team and they have assured me that it will be rectified with immediate effect.

On a more positive side, the staff were all very jolly, friendly and full of enthusiasm. It was also heartening to know that they give away all the leftovers to homeless people at the end of the night and no food goes wasted in the premises. 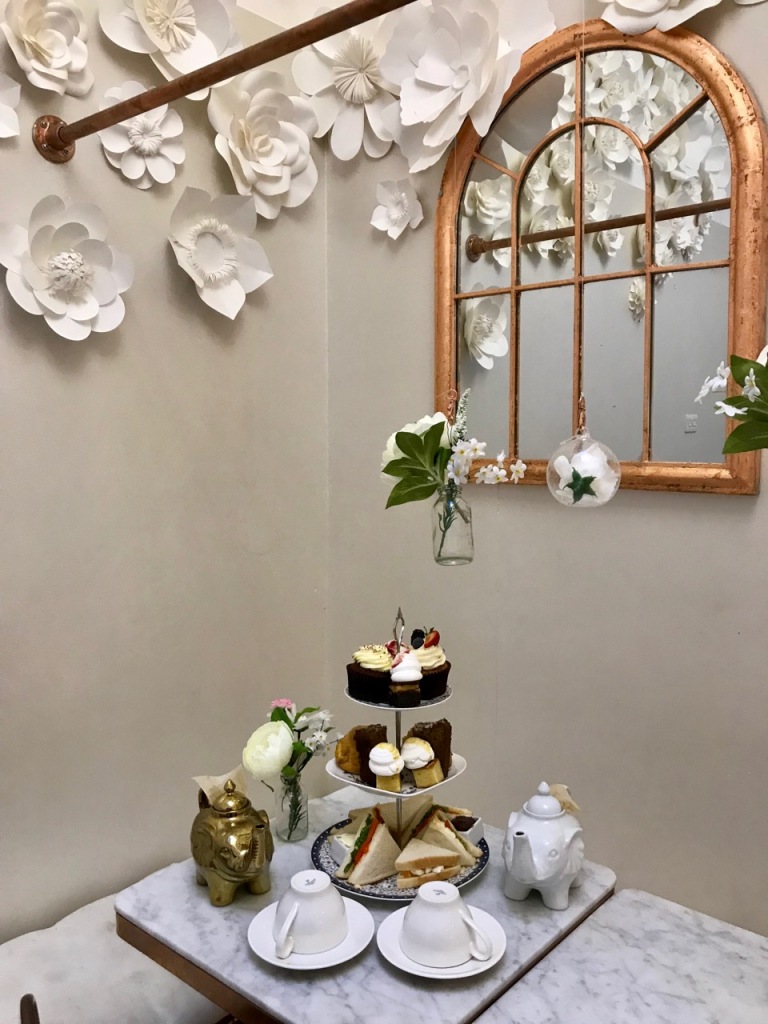 Butterscotch as a cafe-bakery clearly succeeds on the strength of its pitch-perfect cakes, bakes, interiors and staff. The sweet stuff is definitely exemplary. But the poor execution of the sandwiches combined with lack of ventilation downstairs lets the experience down a bit. If they can sort out these niggles, this place will be totally charming.

More information can be found here.

N.B. Our Afternoon Tea was complimentary but all photos and opinions are mine.