ZeeZain is a newly-opened casual and modern Indian restaurant in South Kensington. Located minutes from the Natural History Museum and the Underground, it is a family run business owned by experienced entrepreneur Akhtar Miah and is named after his two sons : Zee and Zain.

The interior scheme (designed by Block Studio) is bright, modern and understated. Textured brick arches and polished copper surfaces interweave with softer tones of blue and blush pink. It is quite a departure from the interiors we normally associate with Indian restaurants. 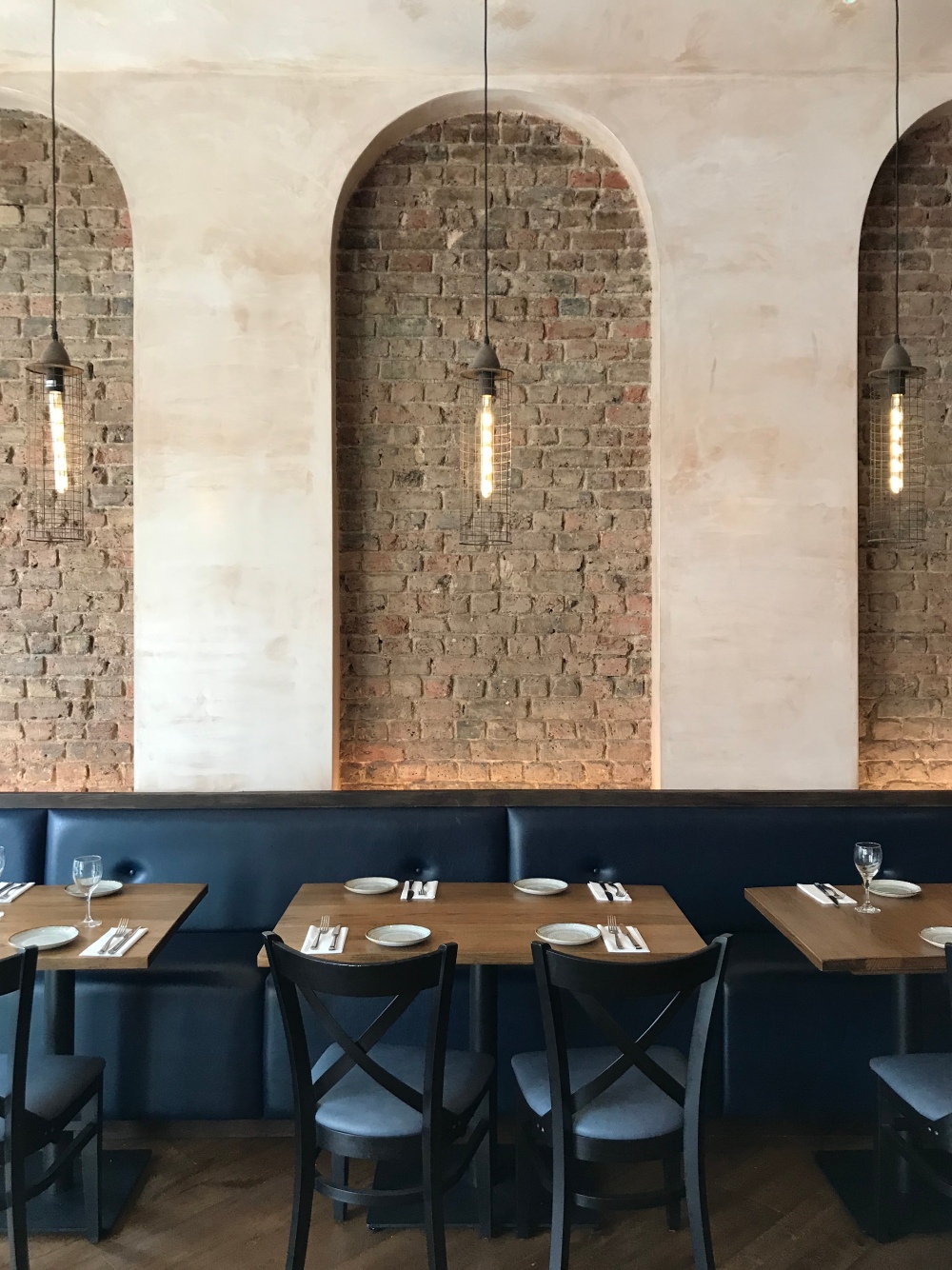 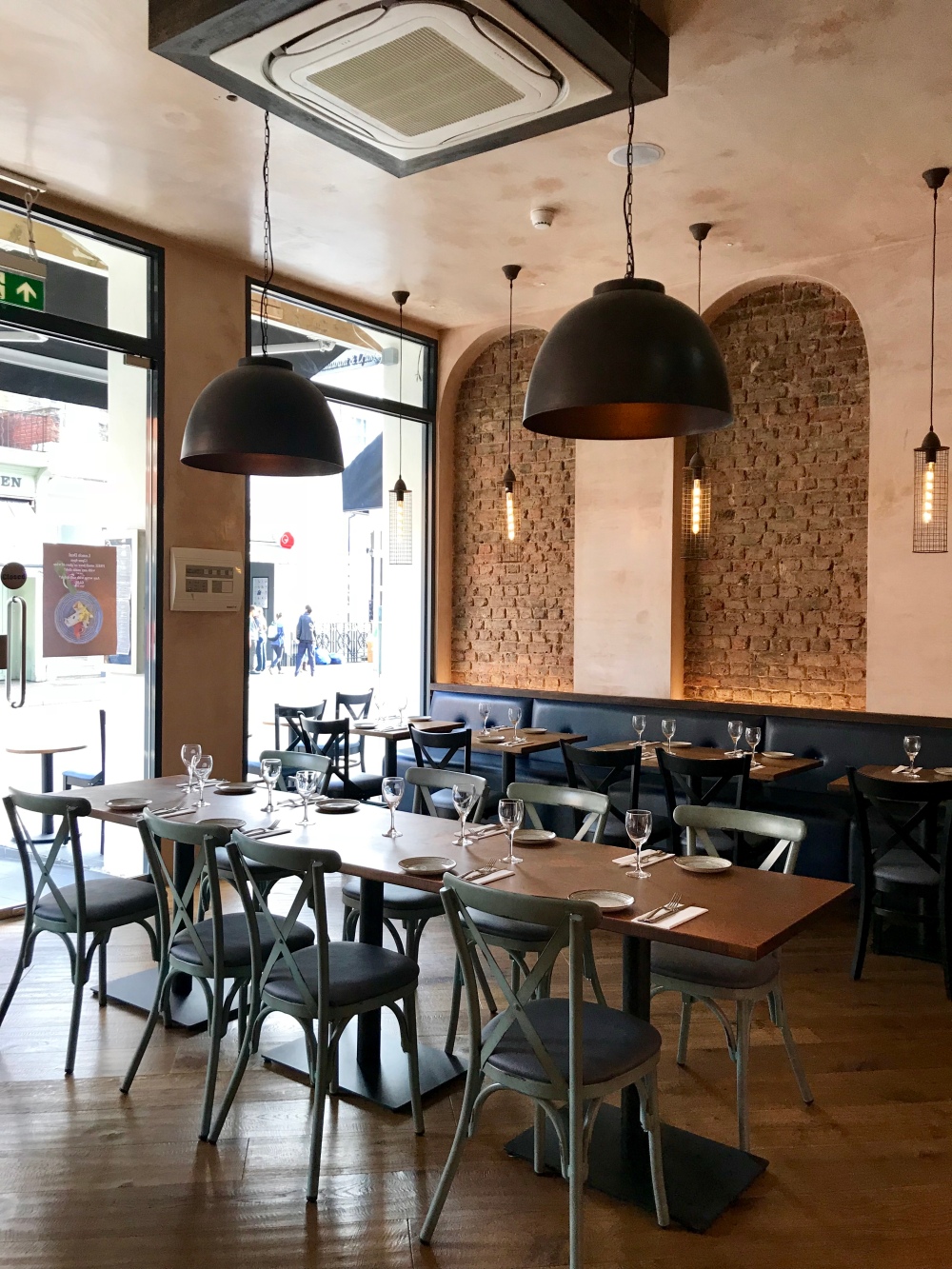 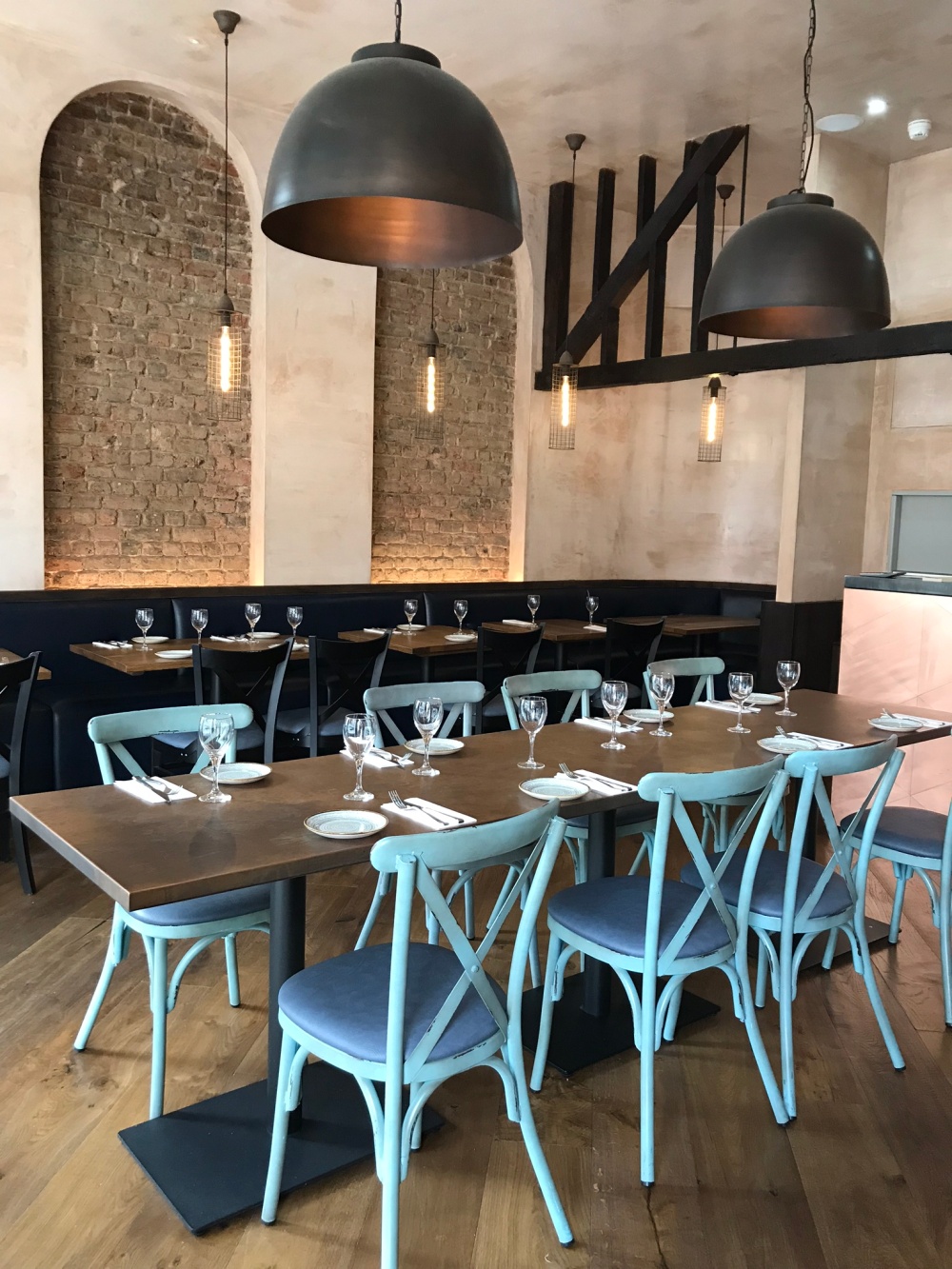 To kick things off, our host Rahmal ordered us a Mixed Grill Starter, with pieces of Chicken Tikka and Seekh Kebab, as well as a few Vegetable Samosas. 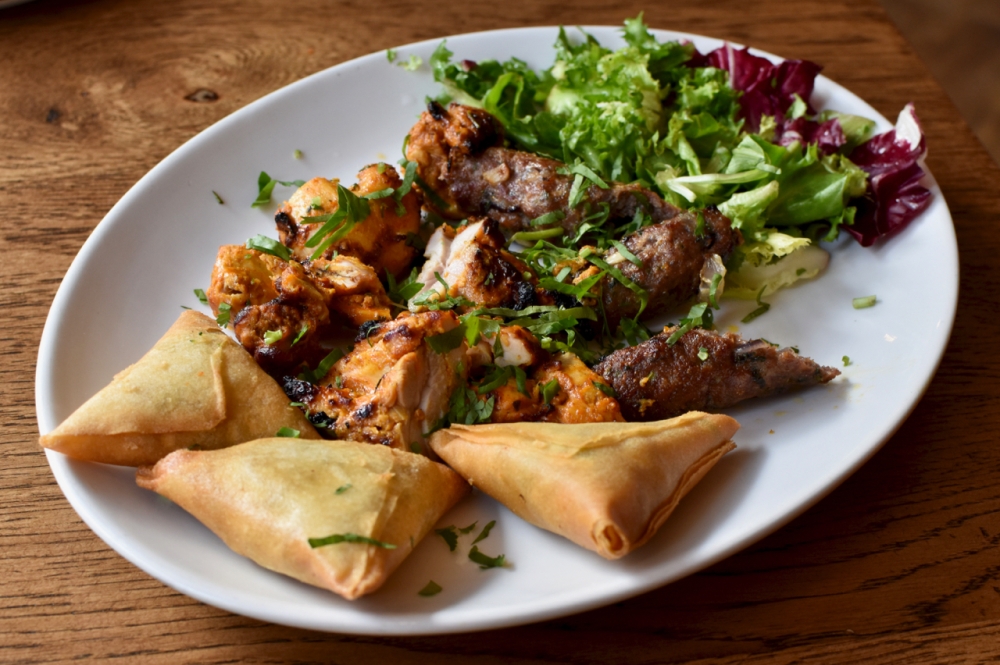 I am always dubious of Chicken Tikka in London restaurants, as they can be overcooked, dry and tasteless. Thankfully, this one was the opposite. It was soft, really juicy and not heavily loaded with spice.

The Lamb Seekh Kebab was really good too. It was not too dense and the flavours came through nicely; again, without being overwhelmingly punchy.

The Samosa had a medium-spiced mixed vegetable filling inside. It was not filled to burst; rather, the correct ratio of pastry-to-filling that makes eating enjoyable. The outside pastry was flaky, crispy (almost wanton-like in texture) and non-greasy.

Overall, our starters were excellent; light and not overdone, perfect for day time munching.

For our mains, we ordered a colourful parade of curries and sides. 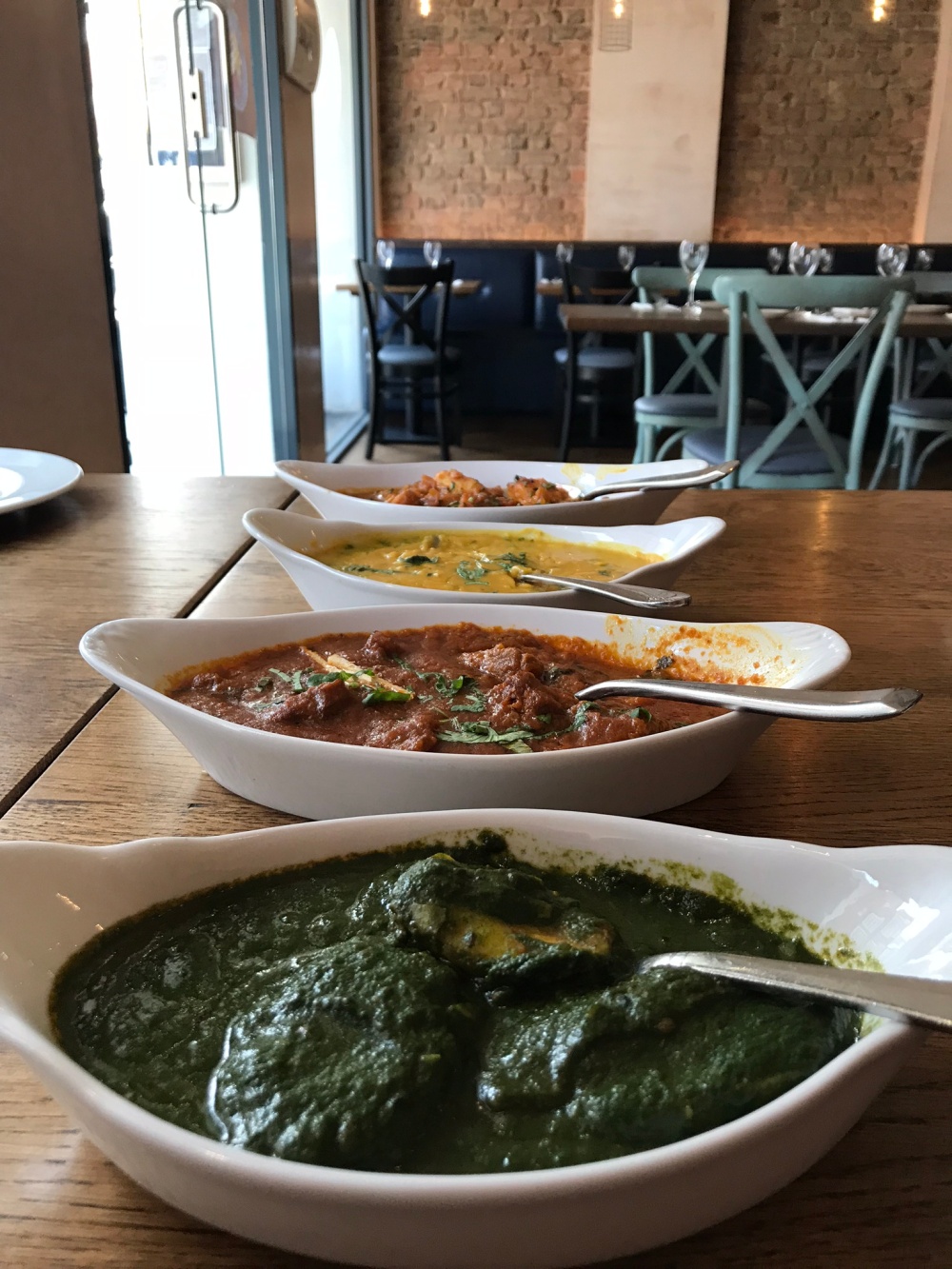 Kris had the Lamb Curry – Indian Railway Special, which had a fresh and mildly sweet taste to it from the tomatoes. I am not the biggest fan of tomato-based sauces so wasn’t blown away by it but Kris liked it very much. The lamb was cooked well, too. 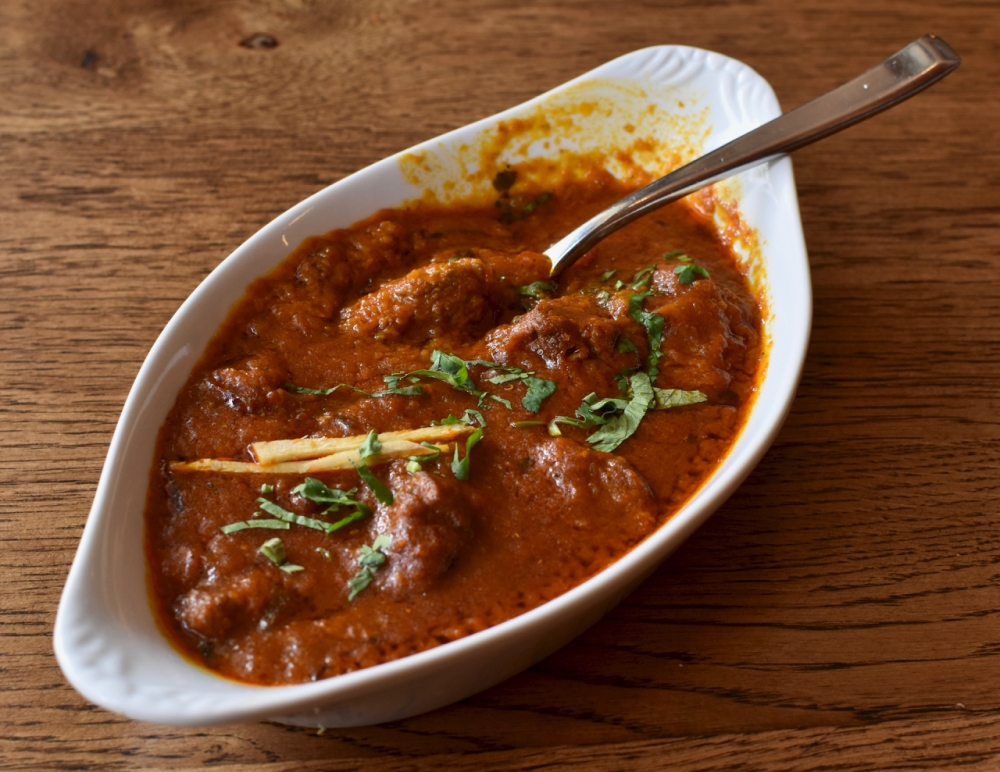 The Bengali Fish Bhuna, on the other hand, resonated well with my Bengali roots. It had a lighter gravy and tasted more homely. The meaty chunks of fish (tilapia) had absorbed the flavours quite nicely. 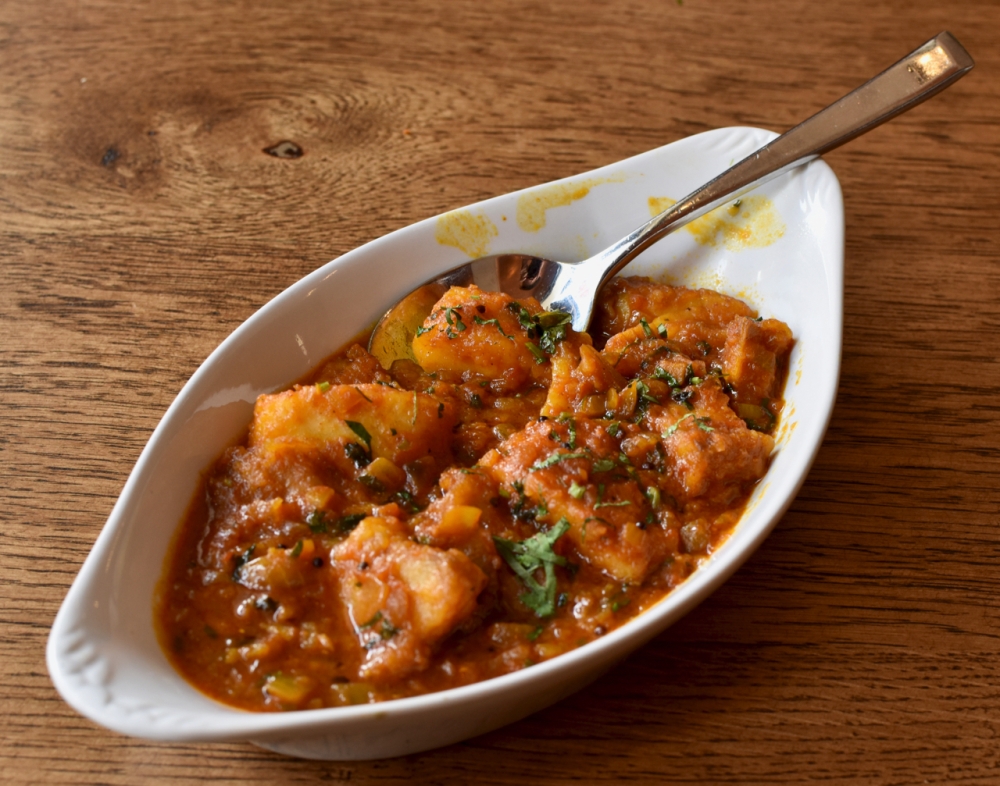 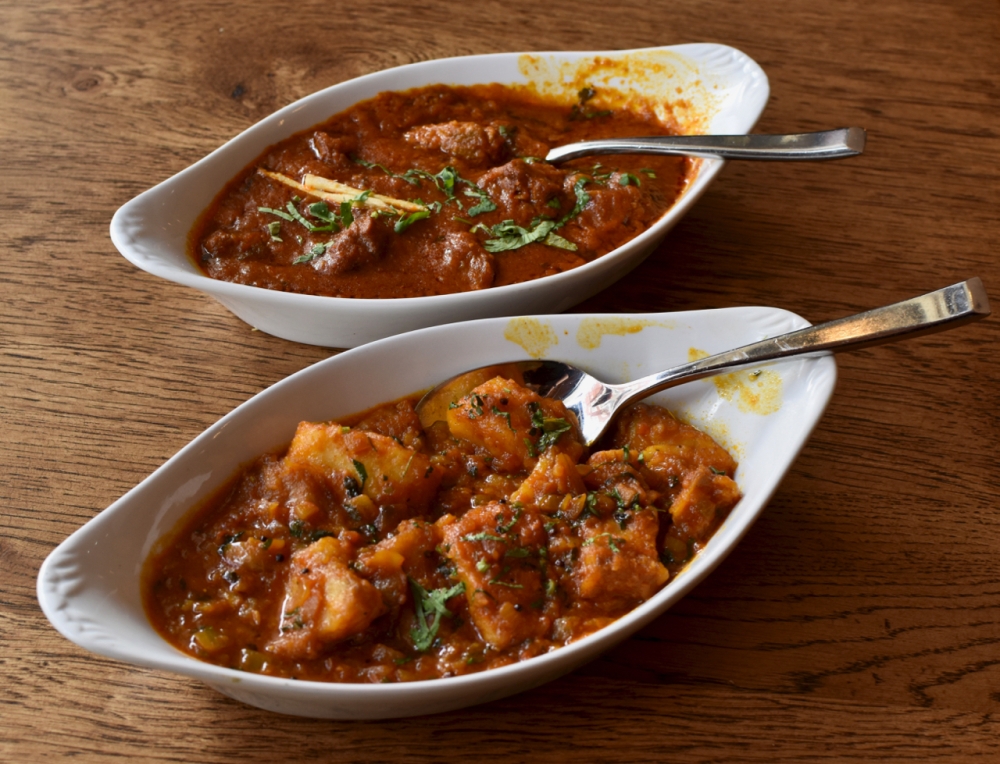 The Tadka Daal was pretty well-executed – smoky and robust with the hint of garlic. The Saag Aloo had a silken texture thanks to a different cooking method they adopt here for the spinach paste. Had the potatoes been cooked a minute longer, it would have been a perfect plate. 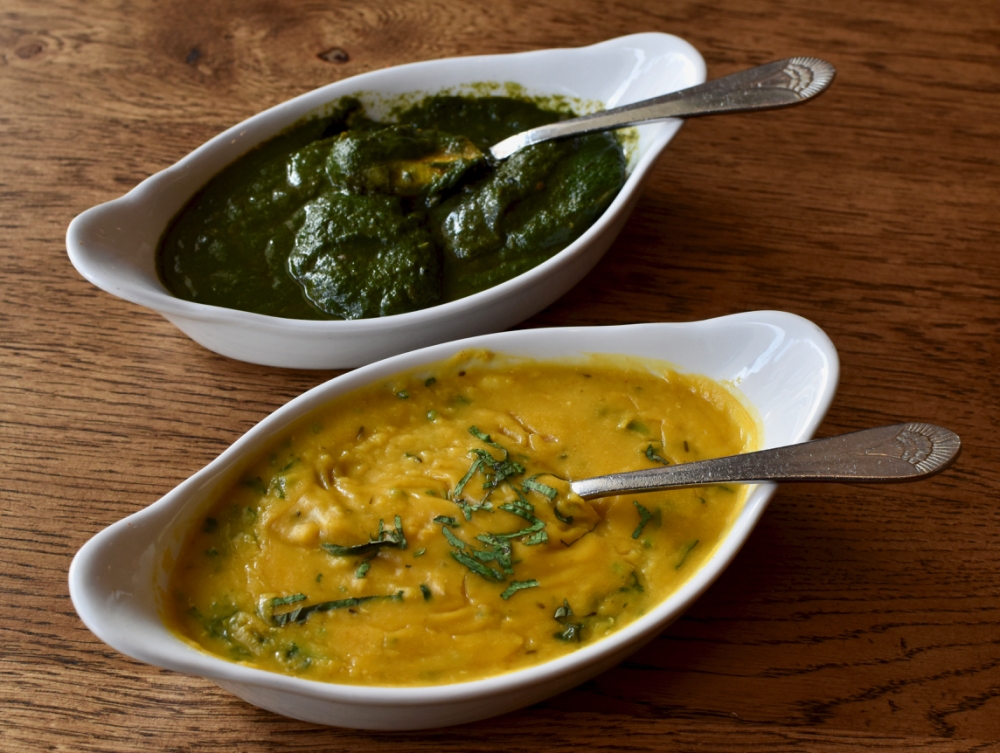 The star dish of the day was actually a side : Garlic and Chilli Naan. It had a real zing to it but at the same time was extremely addictive. I would definitely recommend ordering it; great to dunk into curries but equally good to scarf down on their own. 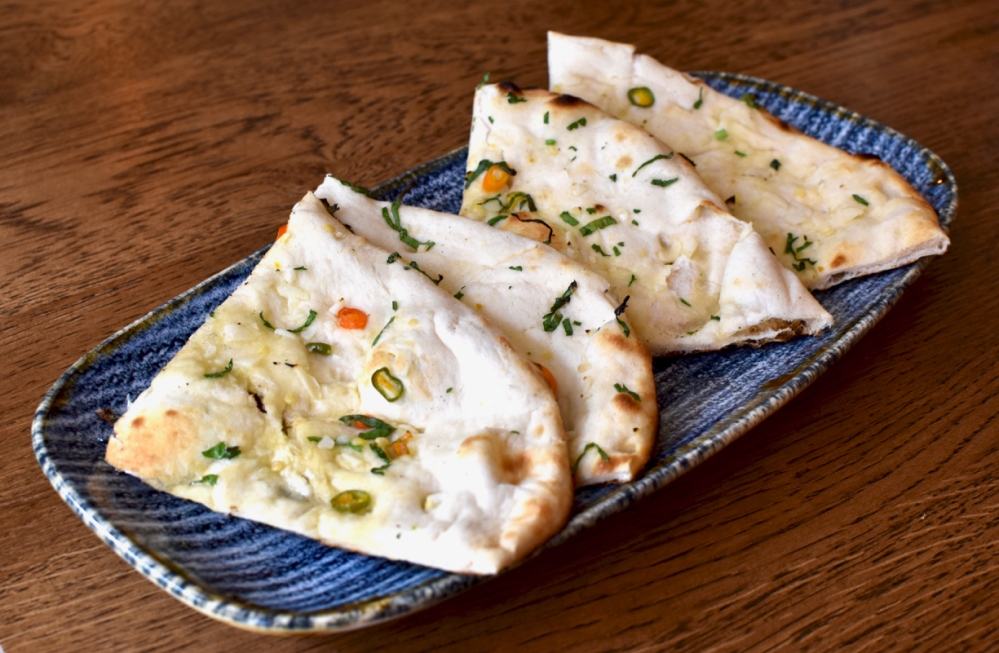 All the food arrived piping hot and smelled great. Considering the location of Kensington and Chelsea, the prices were pleasantly reasonable and the portions adequate. Judging from the spectrum of dishes we tried, the food is on the milder side, which we prefer especially for midweek suppers. None of that stomach churning spicy food that wreaks havoc the next working day.

The service, although sweet and humble, was a bit slow. I was about to mark them low for that but finding out that they have been open only a few weeks puts things into perspective a little.

ZeeZain sits somewhere between a relaxed neighbourhood Indian and a destination Indian restaurant. The interiors and the food are refreshingly on the subtle side. In terms of location, they have a pretty good spot where it’s near enough to the main arterial road leading to the museum quarter but off the main square so you don’t feel like you are sitting inside a tourist trap. It does not scream trendy or bold, nor is it your typical curry house. Rather, it is an easy going and dependable joint that you could invite a bunch of people for a nice night out or a post-museum meal, but equally if you are a lazy local dropping in when you couldn’t be bothered to cook or travel to Central London. ZeeZain is a welcome addition to an area dominated by chain restaurants. 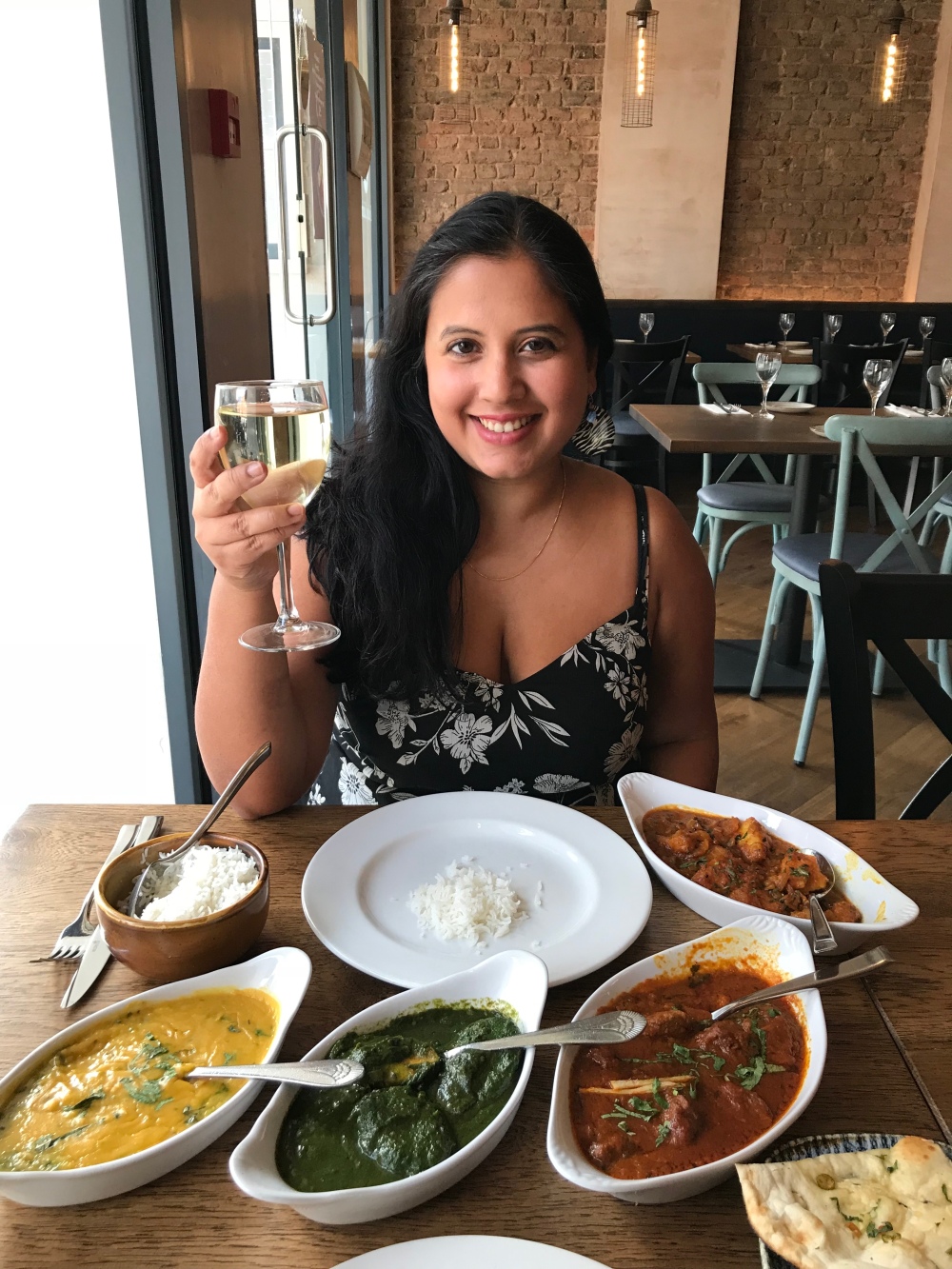 More information can be found here

N.B. Our meal was complimentary but all photos and opinions are mine.