We recently celebrated our fourth wedding anniversary with a trip to The Pig Hotel’s latest opening at Bridge Place. 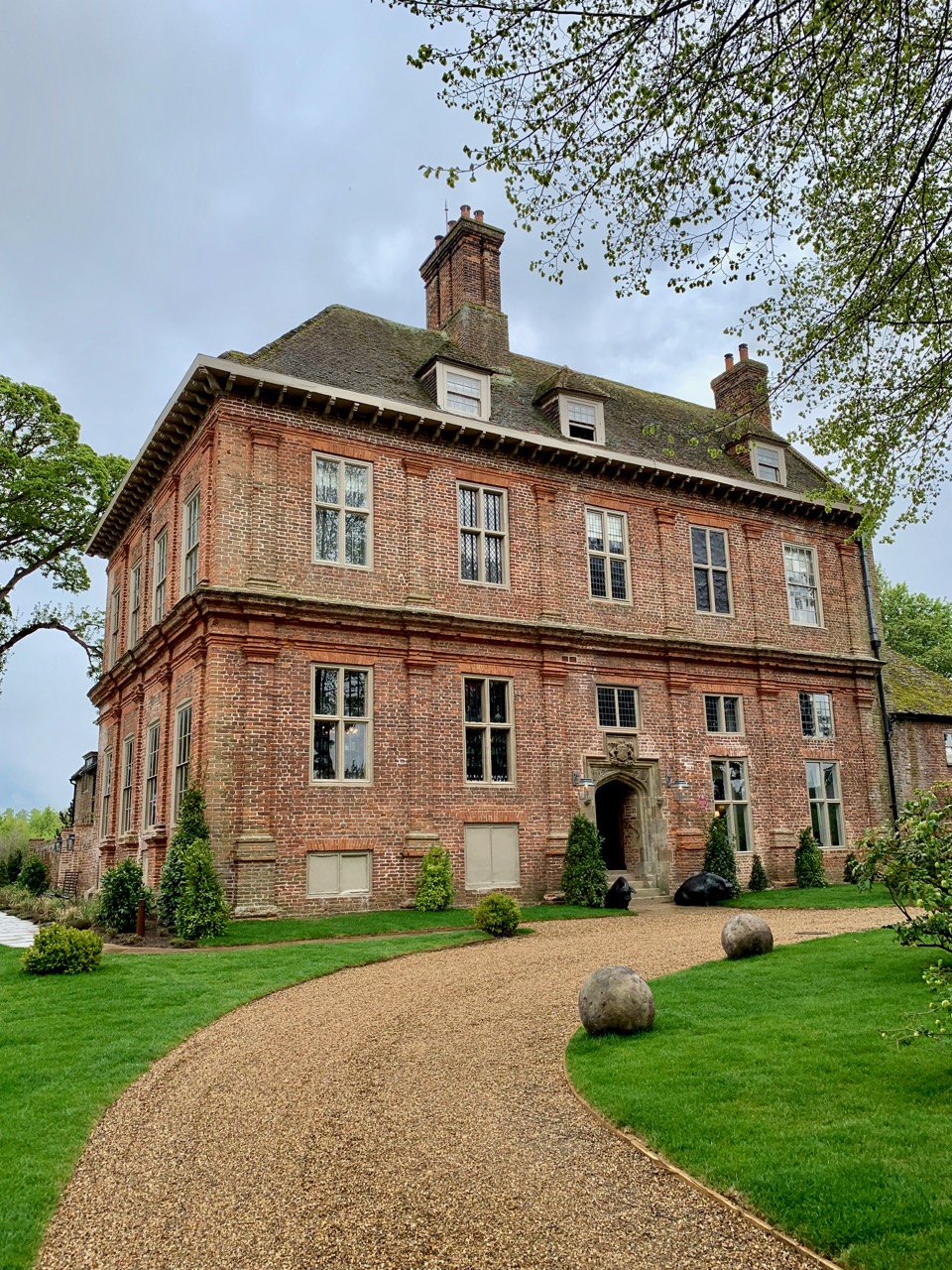 After a train and short taxi ride later, we found ourselves on the grounds of the hotel, which is located just outside Canterbury, in the historic village of Bridge. 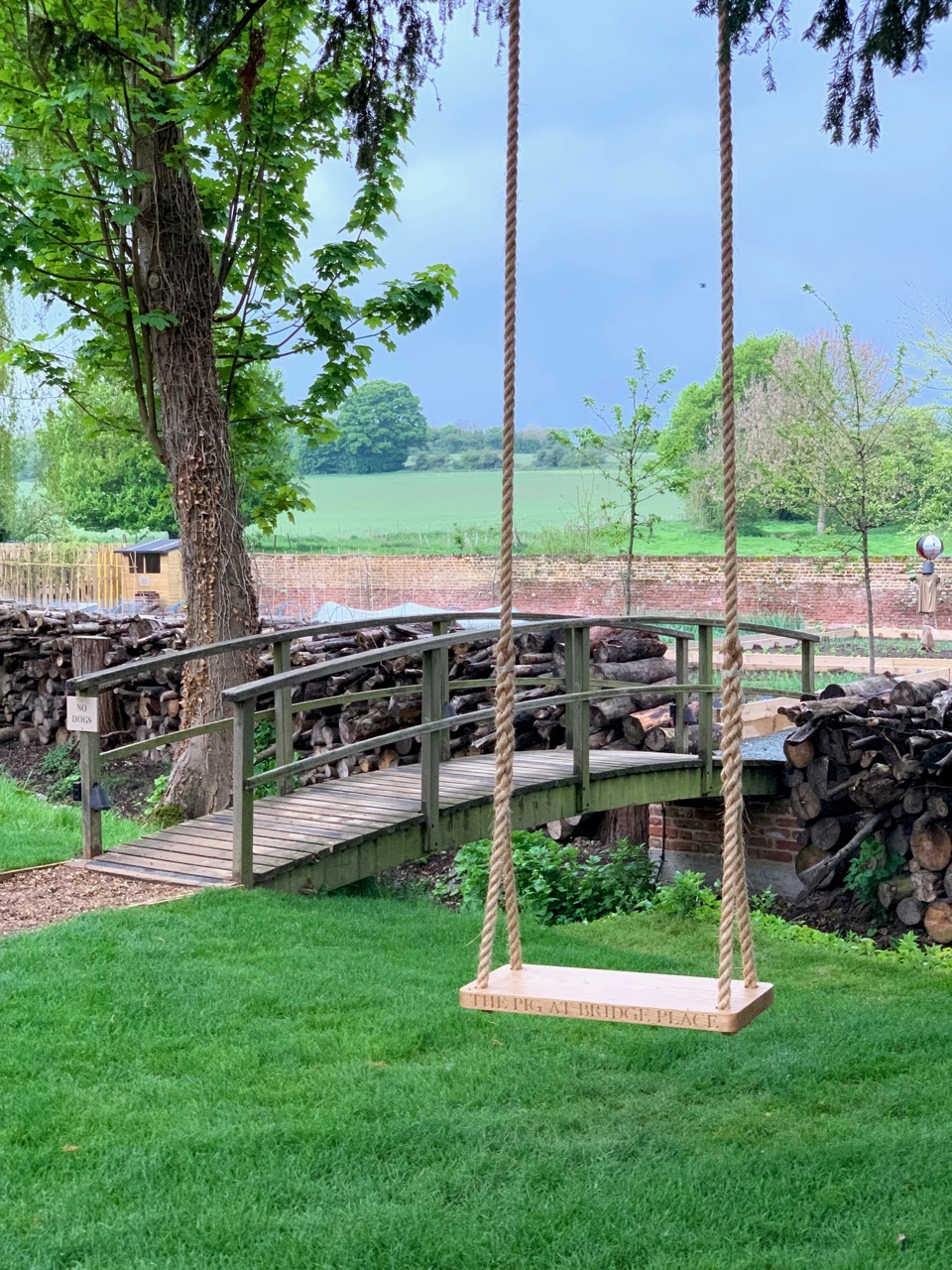 The magnificent building is listed and was infamous for its rock and roll parties in the 70s. Millions have been spent on the refurbishment to convert this historic building into the boutique hotel we see today.

The interiors boast of historical features like giant fireplaces, cosy snugs and period staircases. The hotel has 29 rooms and two restaurants, with additional bar and lounge spaces. There are also spa facilities available, which take place in their kitchen garden in secluded Potted Sheds, something we would love to take advantage of when we stay next time.

We were booked into the Coach House, which is one of their two restaurants. The decor is very rustic, country-house style, with colourful jars of pickled vegetables on shelves, overflowing pots of greenery, tiled floors and a buzzing, open kitchen. 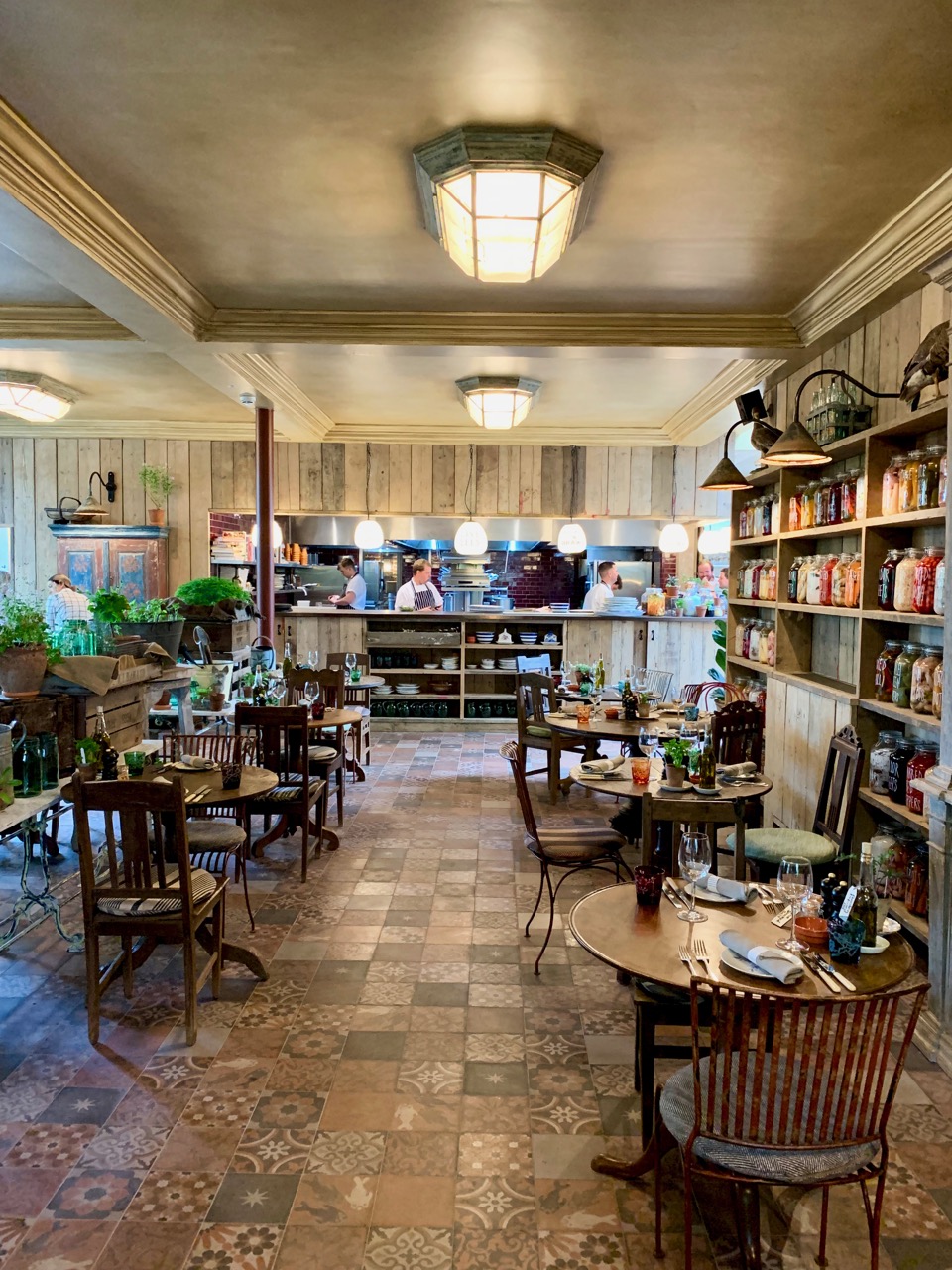 At the time of our booking, I had informed the hotel’s Reservations team in advance that we were there to celebrate our anniversary, so they kindly organised a round of complimentary champagne for us to start with. Along with that, they also offered us some appetizers to nibble on with our glass of fizz, which were on the house and very gratefully received.

Kris was a big fan of the risotto balls and my favorite was the crackling (no surprises there), which had that deliciously porky flavour and soft crunch. Really, everything was superb and these were perfectly sized to whet the appetite. 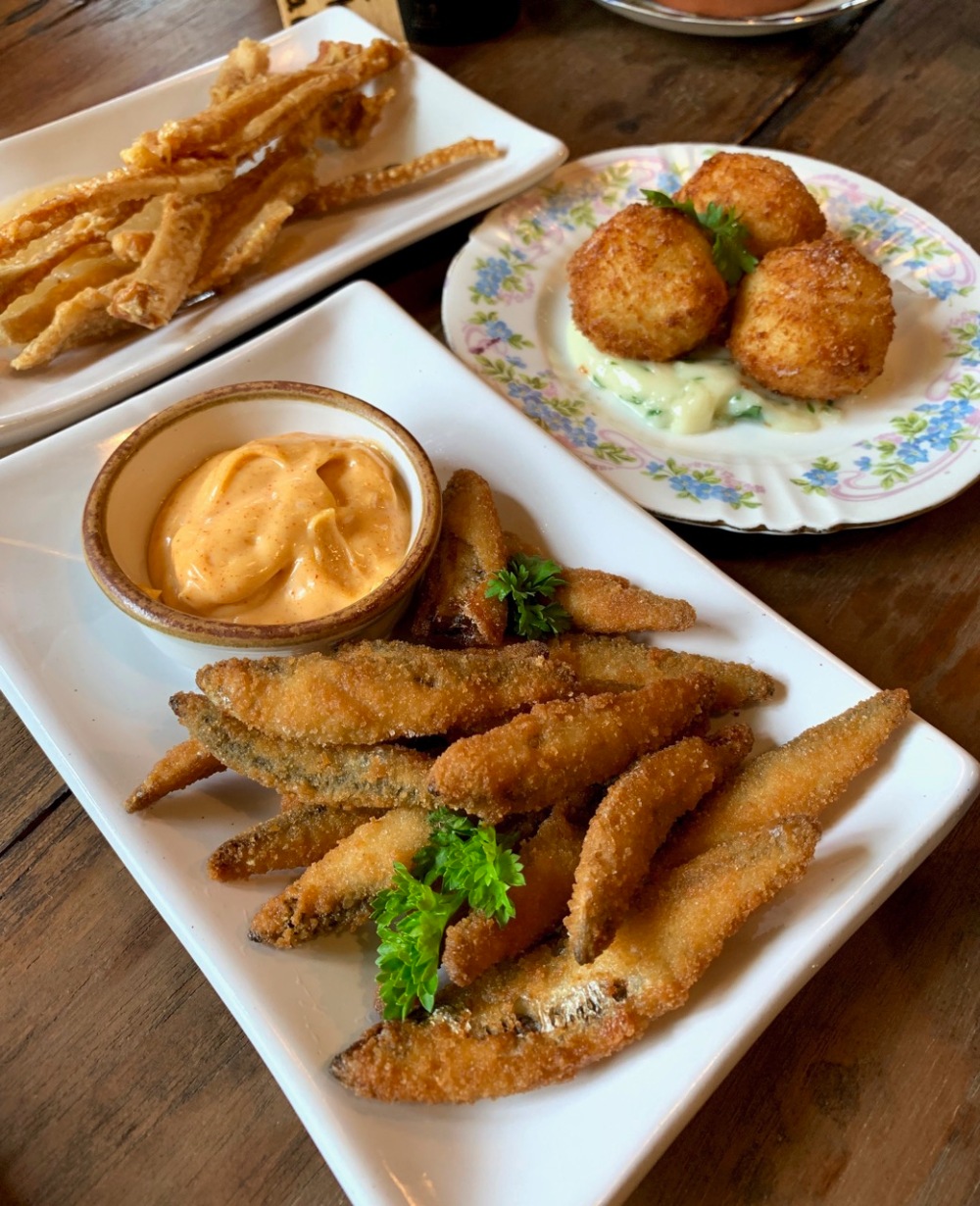 For our starters, Kris opted for the Spring Pea Risotto | Broad Bean Leaves | Moroccan Mint Oil (£8), which was again a firm favourite. The flavour of the freshly picked garden vegetables came through very nicely, perfectly set against the textural foundation of the risotto rice. It was just delicious! 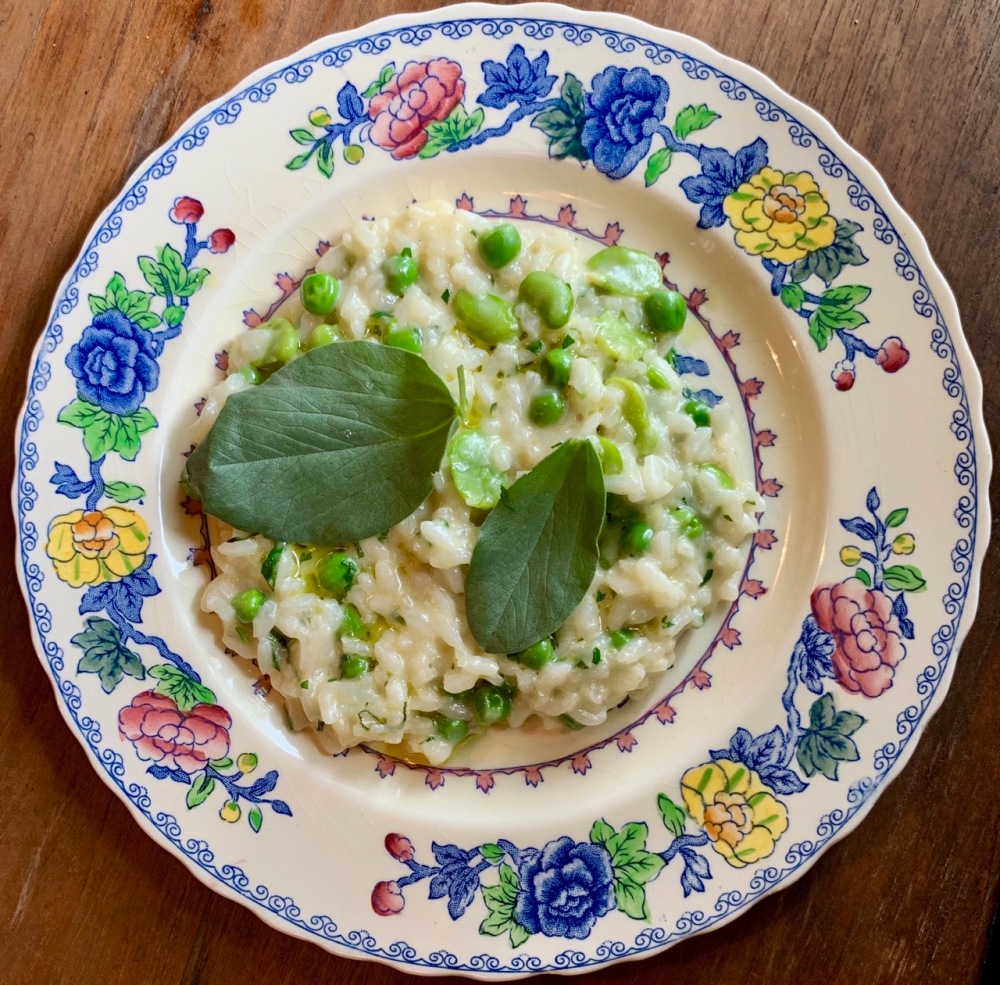 I opted for their Potato & Garden Lovage Soup | Herb Croutons | Rapeseed Oil (£6), which was garden-fresh, gloriously verdant, not too heavy, soothing and nourishing. A perfect starter for a slightly nippy Spring day.

For our mains, I tucked into the Chargrilled Broadgales Pork Tomahawk | Garden Greens | Cider Brandy | Mustard Sauce (£22) . It was a quite a massive piece of meat so order only if you are ravenous, as I struggled to finish mine. The quality of the meat was exceptional. It was a simple dish where the ingredients have to really speak for themselves in order for it to work, and here they spoke very loud and clear!

Kris had the Slow Roast Organic Lamb Neck | Mountain Peas | Broad Beans. The gravy was rich, meaty and flavoursome, bordering on roast gravy territory. The meat and vegetables were superbly cooked. There were far too many good things going on on this plate to mention them all!

We were quite stuffed after all that food. But, as they say, there is always room for dessert! We polished off the meal with some Fresh Raspberries and Yoghurt and a decadent Chocolate Mousse. 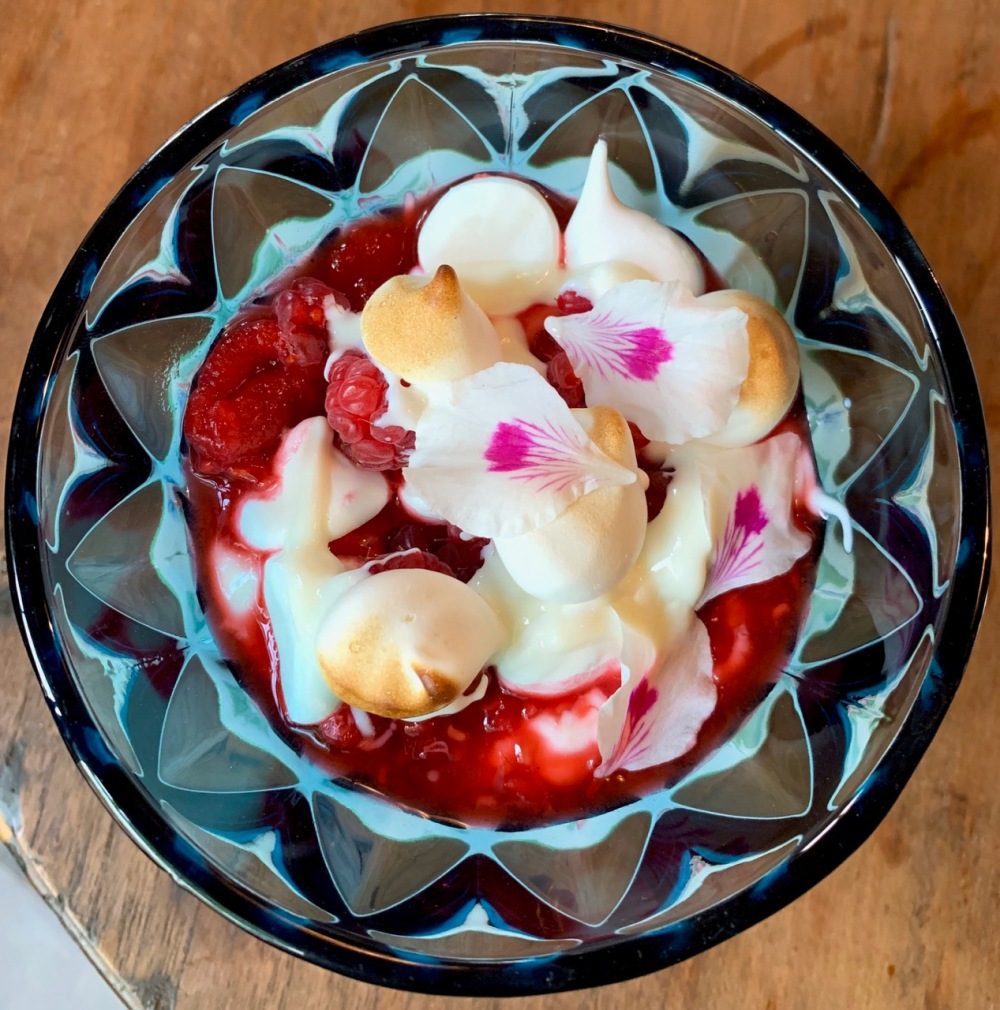 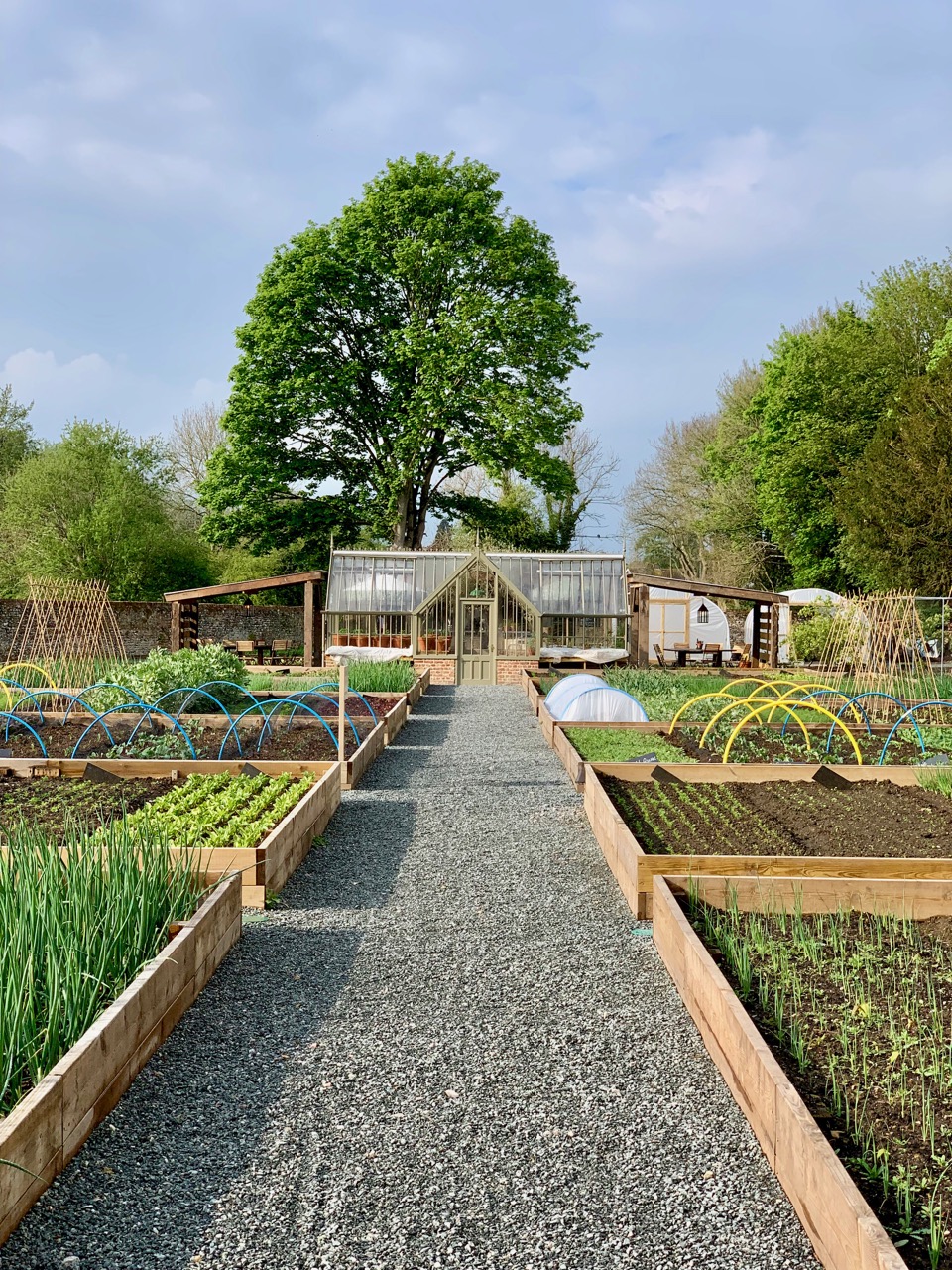 Right from the beginning, the staff were incredibly attentive and made us feel very welcome, as if we were the only guests at the hotel. The place was teeming on a weekend but they had a good number of staff on hand to look after everyone’s individual needs. Seriously, we experienced some of the best service I have seen in a hospitality scenario; attentive without being overly fawning.

After our lunch, we had a little stroll in their Kitchen Garden to walk off our meal. We also spotted their Garden Restaurant, which would be perfect for summer alfresco dining. 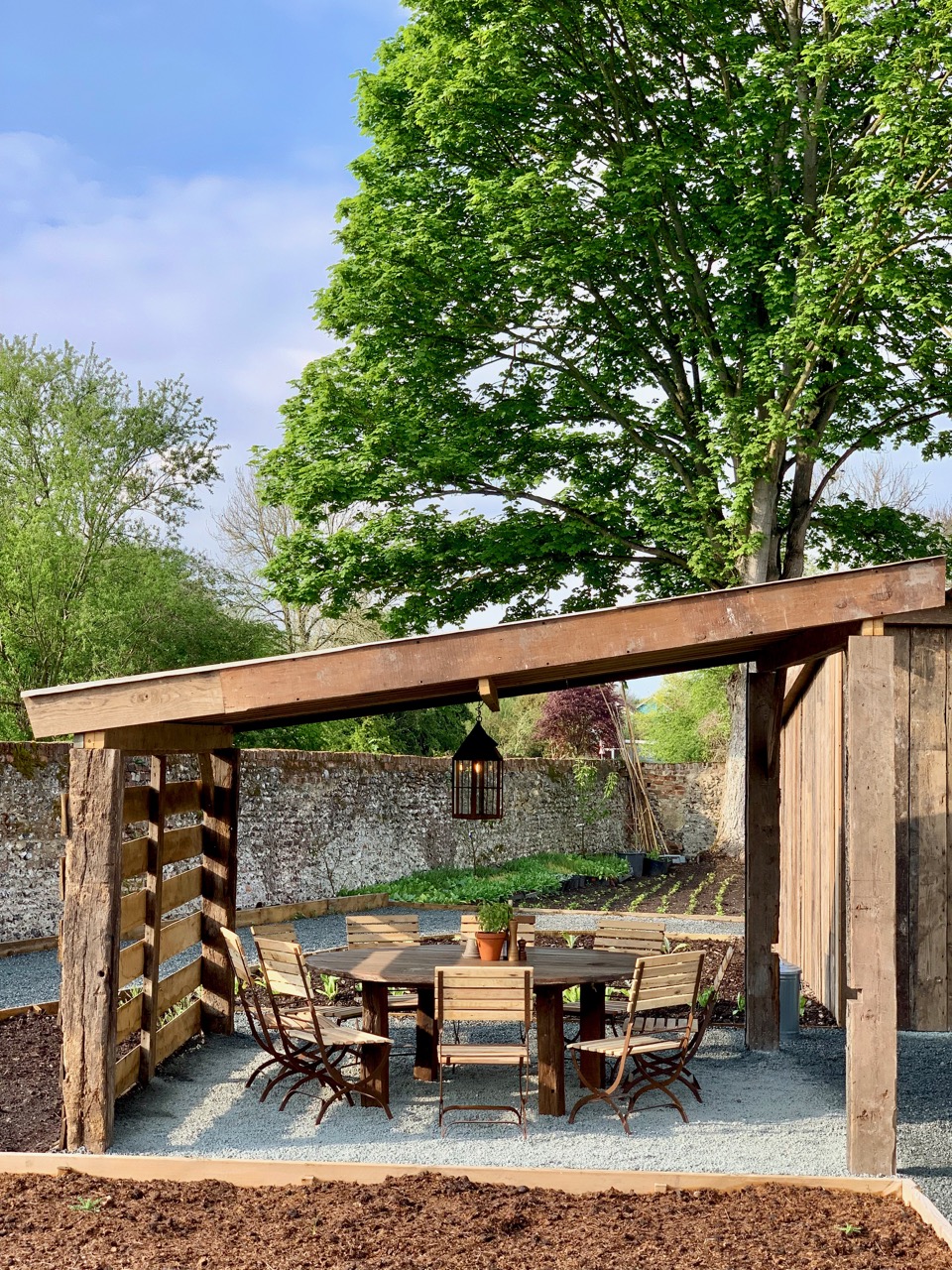 To cap off a wonderful day, we retired to one of their bars, seating ourselves next to a roaring fireplace for a cocktail or two before heading back to the station.

For our anniversary celebration, we couldn’t have asked for a better venue to have our  celebratory lunch. The food was gorgeous and the prices reasonable for that quality and setting. But most importantly, it was the staff and gold standard service that made such a huge difference to the experience. Right from the first hello to the final goodbye, there was genuine warmth to their smiles which made this an unforgettable celebratory afternoon. 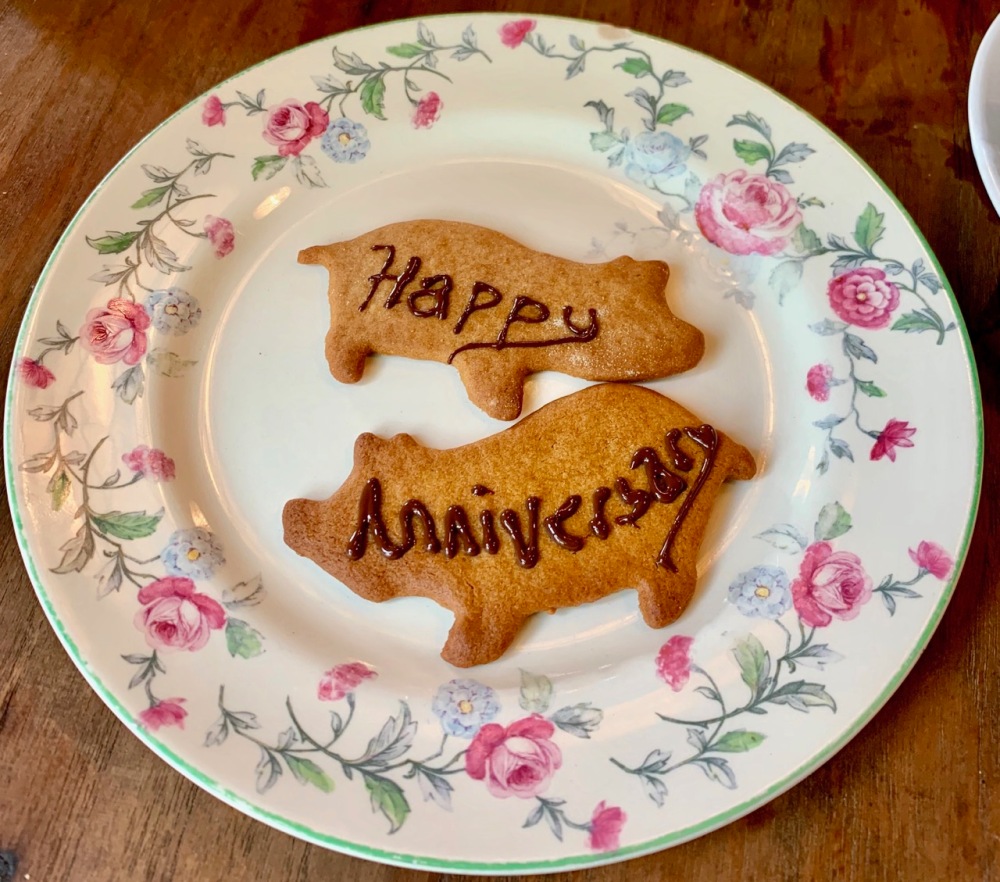